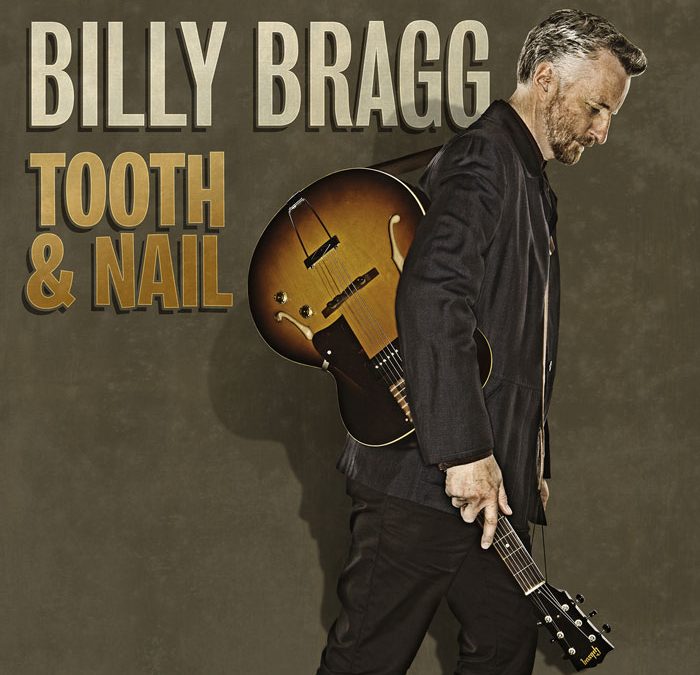 Warm, angry, nostalgic and contemporary; this might just have been the ultimate Billy Bragg experience – Evening Standard 4 stars

On Wednesday 5 June 2013 Billy Bragg played a very special show at The Union Chapel in London, featuring songs from his acclaimed March 2013 album ‘Tooth & Nail’ as well as classics from his back catalogue. This April 14, a unique DVD/CD souvenir of that performance, plus bonus features and extras, will be released on Cooking Vinyl. DVD/CD content follows below and the audio only will be available on digital. The package will also include a set of 5 postcards, comprising 4 live shots from the Union Chapel show and 1 from Wembley Arena in 2012, all taken by Pete Dunwell.

Billy Bragg will also be launching a new series of ‘radio shows’ on Spotify, in which he will talk about the music on a series of his self-curated playlists, introducing listeners to some of his favourite tracks and artists, and uncovering some little-known musical gems on Spotify. The series will launch on February 11th, after which Billy and Spotify will be releasing new monthly episodes at the start of every month. And to celebrate the launch of the series, Billy will be playing an intimate live session at the Spotify office, which will be made available for fans to listen to on Spotify after the gig.

Billy comments: “I’m looking forward to using my ‘talking playlist’ to introduce listeners to some of the amazing material in Spotify’s back pages. One of my favourite artists from the 50s is a guy named Louis Prima. Spotify have over 100 albums of his on their system and he’s just one among thousands of obscure artists who have languished in the racks in second-hand record stores for the past half century. I’m hoping to bring some of those names to light as well as playing some of my favourite tracks from the 21st century.”

Billy will be playing a milestone London show with his band at Hammersmith Apollo on Thursday 1 May 2014.