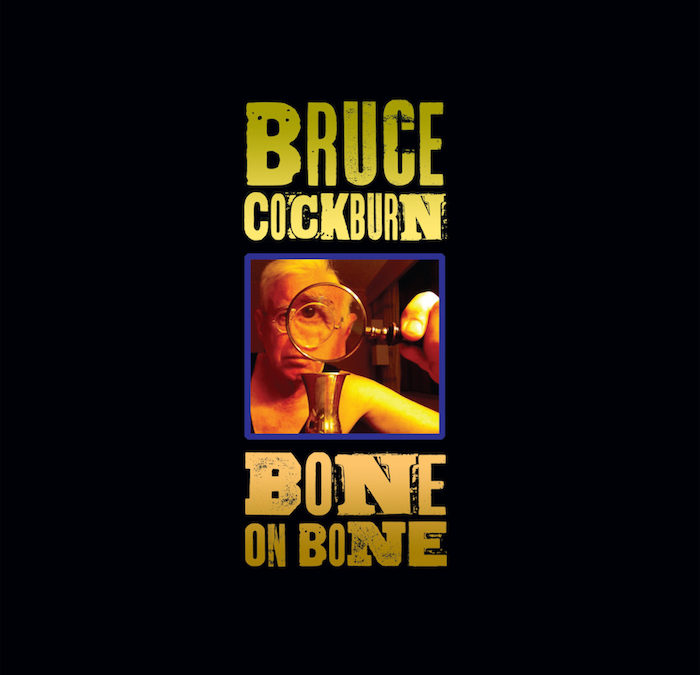 U.S. tour kicks off in November

Bone on Bone is a fine, deep return. This somewhat grimier and edgier Cockburn is clearly inspired, his lyrics are both jagged and elegant; they dovetail in songs that question and reveal the rough-hewn beauty of a life guided by spiritual principles.  – ALL MUSIC, 4/5 Stars

Twelve-time Juno Award winner Bruce Cockburn has been inducted into The Canadian Songwriter’s Hall of Fame along with Neil Young, Beau Dommage and Stéphane Venne. Read about the gala induction ceremony via Billboard here.

The honor follows the September 8 release of Cockburn’s first full-length album in seven years, Bone On Bone (True North Records) and the launch of his longest touring schedule in decades.

Bone On Bone, Cockburn’s 33rd album arrives with 11 new songs and a prevalent urgency and anxious tone, which Cockburn attributes to living in America during the Trump era. But, more than anything, Bone on Bone amounts to the deepest expression of Cockburn’s spiritual concerns to date.  It currently resides in on the top ten most played songs on U.S. Americana radio and has been receiving critical acclaim across the board. See below for a full list of tour dates.