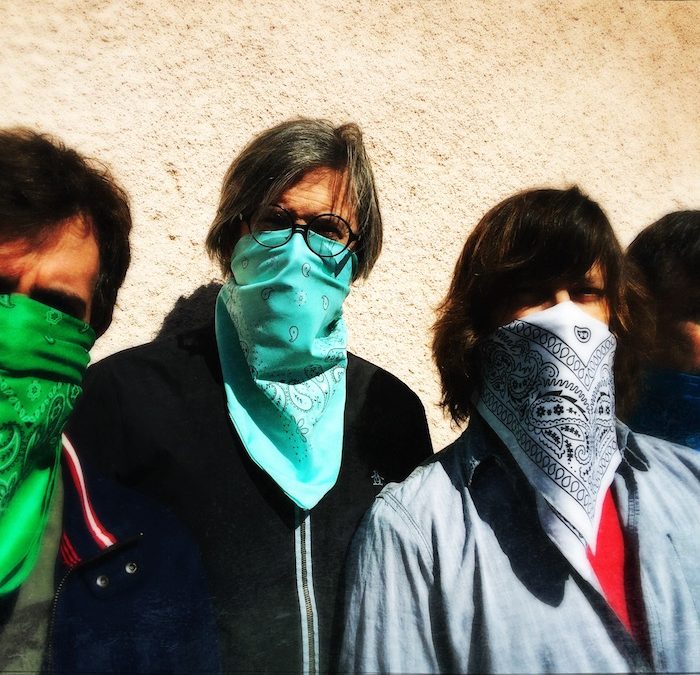 “Old 97’s was the first band I signed when I started working as an A&R guy at Elektra Records years ago, and they’ve remained one of my favorite bands, and Rhett one of my favorite songwriters” says Tom DeSavia, SVP of A&R/Artist Relations of Concord Music Publishing. “To be able to work with them again is literally a dream come true.”

Rhett Miller says, “Much like the 97’s, Concord Music is known for their combination of indie spirit and major muscle. Additionally, the Concord family features a number of familiar faces for me and the band, from Joel Amsterdam to Joe McEwen, legit champions of great music, and folks that we have been lucky enough to work with along the way. But Tom DeSavia bringing us on board really makes it feel like a homecoming. We couldn’t be more stoked.”

The band, having toured steadily since their mid-nineties inception, will be on the road with dates currently booked from November 2018 – February 2019.

Old 97s, a critically acclaimed foursome, originally from Dallas, are releasing their twelfth studio album, and have released countless live recordings, EPs, greatest hits albums, and B~sides collections. Though they’ve explored various musical avenues throughout their long and storied career, they are widely recognized as one of the progenitors of the alt-country movement of the 1990s along with Wilco andRyan Adams. Their latest studio release Graveyard Whistling features a duet with Brandi Carlile on that album’s first single “Good with God,” a song that provided the band with their highest charting radio single of their career. The video for the song costarred actors Jenna Fischer (The Office) and Fred Armisen (SNL, Portlandia).

Aside from touring and recording, the band has gained notoriety for their numerous film syncs and TV appearances. Most notably, they were featured heavily in the Vince Vaughan/Jennifer Anniston movie, “The Break-Up” appearing as themselves and performing several songs live during the film’s climatic final scene. Their song “Question” ranks as one of the most frequently used wedding/proposal songs in film, television and advertisement.

ABOUT CONCORD MUSIC: Concord Music is the independent, worldwide leader in the development, acquisition and management of recorded music, music publishing and theatrical performance rights. With offices in Los Angeles, New York, Nashville, London, Berlin and Cleveland, Concord Music has a diverse and vibrant roster of active recording artists, composers, and songwriters, and a vast and historic catalog of works by some of the most treasured names in music history. Concord Music’s master recording portfolio contains more than 12,000 active albums and includes no less than 271 GRAMMY® winners (representing approximately 6.25% of all the GRAMMYs® ever awarded) and 396 gold, platinum, multi-platinum and diamond RIAA certifications across 212 titles. The company’s active labels – Concord Records, Fantasy Records, Fearless Records, Loma Vista Recordings and Rounder Records– collectively release more than 100 new recordings per year across many musical genres. Concord Music is also home to the #1 kids’ music brand, KIDZ BOP. The company’s historical labels, which are managed by its Craft Recordings team, include such storied imprints as Fania, Fantasy, Independiente, Milestone, Musart, Nitro, Pablo, Prestige, Riverside, Savoy, Specialty, Stax, Telarc, Varèse Sarabande, Vee-Jay and Wind-up. Concord Music’s publishing business was transformed in 2017 when it acquired Imagem Music Group and integrated it with Concord’s existing publishing operation, The Bicycle Music Company. This combination resulted in a catalog of over 390,000 copyrighted works, spanning all musical genres and containing many of the world’s most celebrated compositions. Concord Music also supports a diverse group of current composers and songwriters who are continually creating important and commercially-successful new musical works. With the Imagem acquisition, Concord Music also added Boosey & Hawkes, the world’s leading specialist classical music publisher, and the legendary Rodgers & Hammerstein Organization. In 2018, Concord Music welcomed the renowned musical theatre library, Tams-Witmark to its publishing business. Boosey & Hawkes, Rodgers & Hammerstein and Tams-Witmark will remain as individual business units under the Concord Music umbrella. Concord Music is the operating entity of Alchemy Copyrights LLC, an investment company that is owned by Barings Alternative Investments, Sound Investors, and seventy institutional and individual partners, including forty members of Concord Music’s management team. At the forefront of intellectual property valuation, acquisition and utilization, the Concord Music investment underscores the partners’ belief in the lasting and appreciating global value of superior original entertainment content.