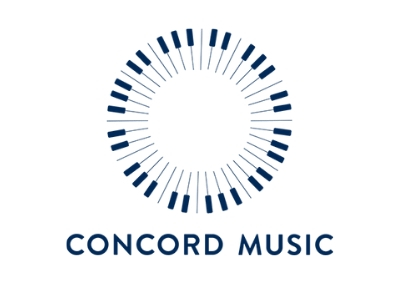 2018 has been a tremendous year for the British born, LA based musician. A master of true diversity, Ronson has received both critical and commercial success with both his solo and collaborative projects.

This summer as a member of the duo Silk City alongside Diplo, their collaboration with Dua Lipa spawned the worldwide smash Electricity; in October Ronson reached #1 on the Billboard Top 200 album chart and #5 on the Billboard Hot 100 for his songwriting and production work with Lady Gaga and Bradley Cooper on the soundtrack for the worldwide box office hit, A Star Is Born, alongside lead single Shallow.

To round off the year Ronson’s work has resulted in a heap of Grammy nominations at the 2019 Awards – Shallow (Record Of The Year, Song Of The Year, Best Song Written For Visual Media); Electricity (Best Dance Recording).

On the heels of releasing these collaborative hit tracks, Ronson also returned this month with a brand-new single of his own, Nothing Breaks Like A Heart, featuring Miley Cyrus – the first single from his forthcoming studio album coming in 2019.

Commenting on the deal Frankiewicz says, “Mark is without doubt a creative that is without equal – he is also one of the nicest guys in the business to work with! His ability to seamlessly transcend genres and artists makes him both an incredibly exciting as well rewarding artist to work with. With Mark no idea is ever off the table, a true artist that is acclaimed for his instinctive ability to create songs and music that connect with a multitude of audiences.

He serves as a true music force not only for songwriters, producers and artists, but also for everyone involved in music.”

Ronson’s discography reads as a who’s who of pop culture. As a Brit Award and five-time Grammy ® Award winning artist, he is the go-to producer who has worked with iconic artists such as Amy Winehouse, Paul McCartney, Lady Gaga, Adele, Lorde, and so many more.

Concord Music is the independent, worldwide leader in the development, acquisition and management of recorded music, music publishing and theatrical performance rights. With offices in Los Angeles, New York, Nashville, London, Berlin and Cleveland, Concord Music has a diverse and vibrant roster of active recording artists, composers, and songwriters, and a vast and historic catalog of works by some of the most treasured names in music history.

Concord Music’s publishing business was transformed in 2017 when it acquired Imagem Music Group and integrated it with Concord’s existing publishing operation, The Bicycle Music Company. This combination resulted in a catalog of over 390,000 copyrighted works, spanning all musical genres and containing many of the world’s most celebrated compositions. Concord Music also supports a diverse group of current composers and songwriters who are continually creating important and commercially-successful new musical works. With the Imagem acquisition, Concord Music also added Boosey & Hawkes, the world’s leading specialist classical music publisher, and the legendary Rodgers & Hammerstein Organization. In 2018, Concord Music welcomed the renowned musical theatre library, Tams-Witmark to its publishing business. Boosey & Hawkes, Rodgers & Hammerstein and Tams-Witmark will remain as individual business units under the Concord Music umbrella.

Concord Music is the operating entity of Alchemy Copyrights LLC, an investment company that is owned by Barings Alternative Investments, Sound Investors, and seventy institutional and individual partners, including forty members of Concord Music’s management team. At the forefront of intellectual property valuation, acquisition and utilization, the Concord Music investment underscores the partners’ belief in the lasting and appreciating global value of superior original entertainment content.