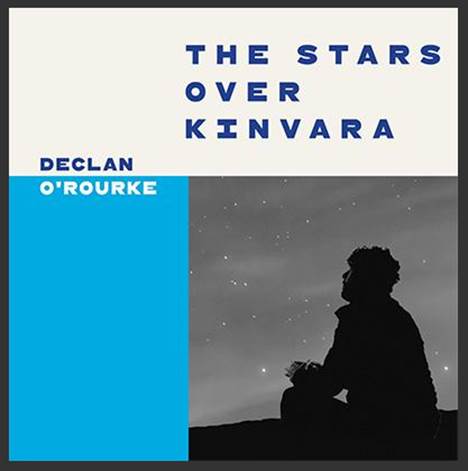 Listen to The Stars Over Kinvara here

“I think the Arrivals album is Declan O’Rourke’s best work to date – more focused, more emotive, more personal. And yet like all his work, there’s a humanitarian universality to it, which makes it even more potent..”  Tony Clayton-Lea, writer & journalist

Irish singer-songwriter Declan O’Rourke’s single The Stars Over Kinvara is out now, the fourth glimpse of his highly anticipated, Paul Weller produced album Arrivals due April 9 2021 via eastwest records.

Commenting on the theme behind the song, Declan says: “Possibly the sweetest moment ever in your life is the one in which you can stand back and look at the beautiful chain of human beings before, and in front of you… to sense your place among them, and to feel the magic and the un-aloneness of the whole thing.”

The new video for The Stars Over Kinvara was recorded at Black Barn studio and features Declan performing the track with accompaniment from cellist Izzi Dunn.

In late January, Declan will play a showcase as part of the prestigious UK AmericanaFest and perform at Scotland’s celebrated international festival Celtic Connections both of which are being held virtually this year.

Arrivals showcases O’Rourke’s first new material in two years and brings us the most emotionally raw and affecting album of his career. Produced by Paul Weller at Black Barn Studio in England, the sound is stripped back to Declan’s soulful and resonant voice, the virtuosic acoustic guitar playing for which he’s renowned and only the occasional sparse arrangement of strings and late-night drums bringing colour and light to the LP’s 10 songs. Weller, a fan of Declan’s songwriting for some years, also adds his multi-instrumental abilities to the recordings, including a beautiful piano accompaniment to the closing track.

O’Rourke’s last album Chronicles Of The Great Irish Famine, documented rare first-hand accounts from that devastating period of Irish history and garnered numerous awards. His writing is much admired and covered by fellow artists, most notably his classic 2004 song “Galileo” which has been recorded by Eddi Reader and Josh Groban amongst others.