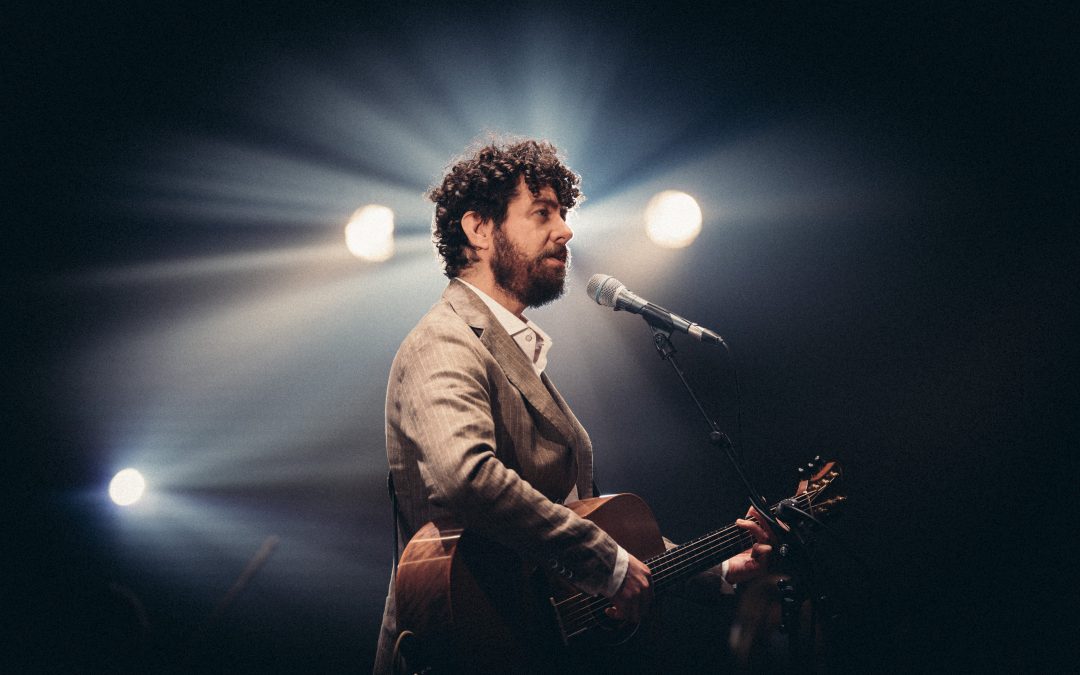 RALEIGH, NC (January 6, 2022) — Schoolkids Records (Chapel Hill, NC; Dublin, IR) will release a deluxe edition of Irish artist Declan O’Rourke’s Paul Weller-produced album, Arrivals, on March 18, 2022. Originally released on Warner Music UK in Ireland and the United Kingdom in April 2021, the album is currently only available on import in the US and Australia. Since its release, Arrivals has received widespread critical acclaim from the UK and Irish music press. Mojo magazine described O’Rourke as “a masterful lyricist and a staggering guitarist” and BBC2 Radio Ulster called Arrivals “an album of rare poetic beauty.” The reissue of Arrivals will be supported by a radio push in January 22 and two digital single releases in early 2022. The deluxe edition includes five extra tracks – three songs recorded live at Abbey Theatre Dublin, and two previously unreleased tracks recorded during the original Black Barn Studio sessions with producer Paul Weller (Clouds Dry Up and After the Rain). Arrivals will be available as digital download and on CD (with a bonus disc) in March, but a deluxe double disc vinyl edition will hit the market in July 2022.

Arrivals the Deluxe Edition represents the first-time in a decade that US-based O’Rourke fans can buy a domestic release on CD and is his first ever domestic US release on vinyl. “I’m so glad Arrivals will finally be available in the US,” O’Rourke notes.”This is for fans of old school, cool physical stock among my followers in the US. After 10 years of drought, I’m so glad to finally have a concrete release there with this issue of Arrivals in a special deluxe edition on vinyl and CD. I can’t wait for folks to hear it and hold it!”

The first radio single “The Harbour” will be serviced for a January 17th add date and one of the standout live tracks, exclusive to the deluxe edition, “Have You Not Heard The War Is Over (‘Live at Abbey Theatre’ featuring a string arrangement by Mercury Prize nominee, Hannah Peel) will be released as a digital single on January 26, 2022. A second digital single release is also planned for February. O’Rourke plans to support this reissue release of Arrivalswith a Folk Alliance appearance in the US this summer, and it’s release is set to coincide with a comprehensive Irish Tour in March.