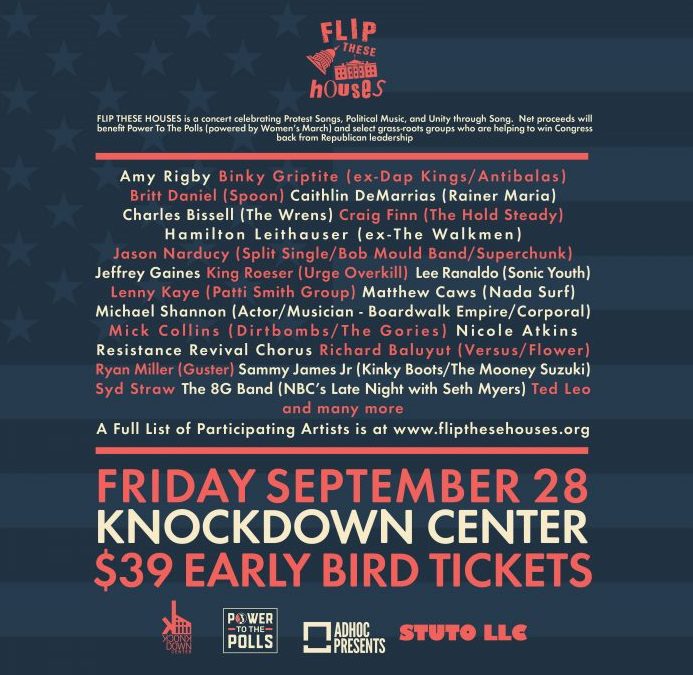 Flip These Houses, a concert celebrating Protest Music, Political Music, and Unity through song has been confirmed for September 28th at the Knockdown Center in Queens, NY. Presented by executive producer (Brownies/HiFi) and AdHoc, net proceeds will benefit Power To The Polls(powered by Women’s March) and other grass-roots groups who are helping to win the Congress back from Republican leadership this fall. Early bird tickets are $39.00 and are on sale now.

“President Donald Trump, the Trump administration, and “Trump-ism” as defined by the President’s words, tweets, and policies, is an existential threat to the nation and to Western democracy as a whole,” says Executive Producer Mike Stuto. “This concert is a call to all citizens to vote for the opposition party in the November 2018 elections. (Democrats and Independents who caucus with Democrats), and to raise awareness and funds to help win our country back from those who will let it’s legacy be destroyed.”