ACCOLADES CONTINUE TO ROLL IN FOR GRAMMY-NOMINATED SINGER JAZZMEIA HORN 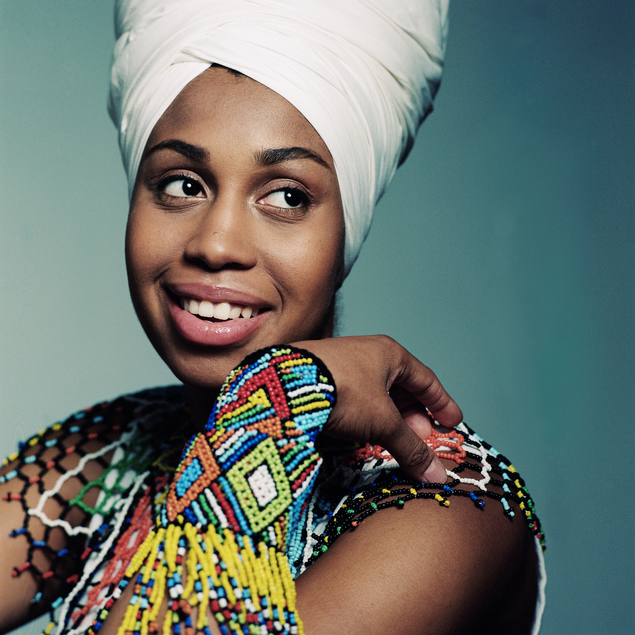 “The most talked-about jazz vocalist to emerge since Cécile McLorin Salvant and Gregory Porter…a mix of didacticism and sweetness.” – The New York Times

With wide ranging critical praise continuing to pour in for her GRAMMY-nominated debut album,A Social Call, singer Jazzmeia Horn is set to perform at the GRAMMY Awards Premiere Ceremony on Sunday, January 28, which will announce GRAMMY winners in more than 70 categories.

A Social Call, released via the Prestige label, a division of Concord Records, showcases Horn’s astounding range and seamlessly blends the best of vintage with contemporary. Check out her recent performance on the Tavis Smiley Show on PBS and read on to see what critics are saying:

JAZZIZ GRAMMY Issue: “A Social Call is an impressive first effort by a talented newcomer who shows great promise.”

GRAMMY.com: “Mixing vintage and contemporary jazz sounds, Horn’s 10-track debut bobs and weaves gracefully through standards such as ‘I Remember You,’ anthems such as ‘Afro Blue’ and even choice R&B sides previously interpreted by the likes of Mary J. Blige and the Stylistics, ‘I’m Going Down’ and ‘People Make The World Go Round.’ And of course, Horn’s sparkling soprano ties it all together.”

GRAMMY.com: “All signs are pointing in the right direction for Jazzmeia Horn…A Social Call showcases an impressive artist with serious jazz pedigree and an inspirational flair for R&B and gospel.”
Notes on Jazz Best of 2017: “An awesome debut. The lady can sing, period. ”