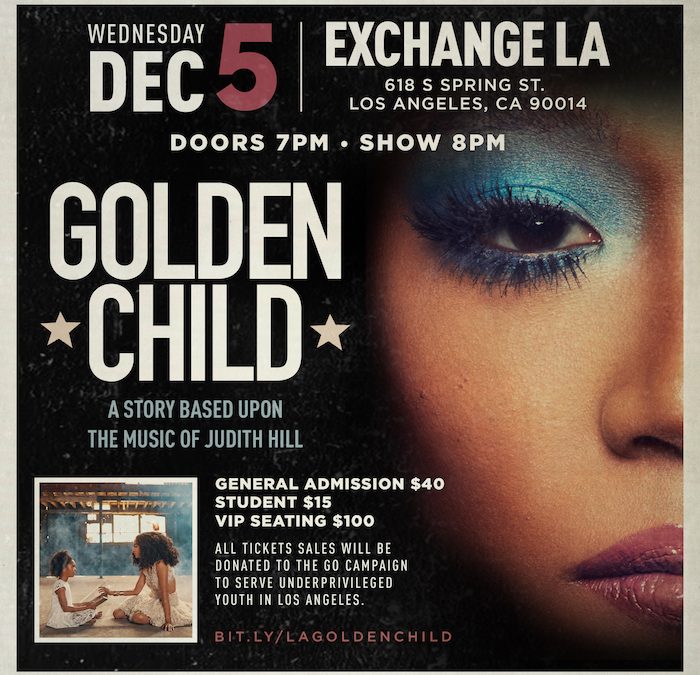 Out now, Judith Hill’s new album Golden Child was written, produced, mixed and arranged entirely by Hill. With praise from Billboard and Clash Magazine, the album features nine original tunes with Hill on piano, guitars and vocals along with her musician parents Robert “Pee Wee” Hill on bass and Michiko Hill on organ. Michael White sits in on drums and Tony Maiden on guitar.

Watch/listen to previously released “Queen of the Hill” here, “The Pepper Club” here “Footsteps” here  and “On The Rocks” here.

The making of Judith Hill’s funky music video “Queen Of The Hill,” is featured in Bali: Beats of Paradise, a new film that premiered in LA and NY last week. The film spotlights pioneering Indonesian composer, Nyoman Wenten, who spent most of his life spreading the beauty and mystery of Balinese music and dance across America. Judith Hill was intrigued by Gamelan music and approached Wenten to discuss blending funk with this distinctive new sound. Shot inSouthern California’s Joshua Tree Desert, “Queen Of The Hill” is a kaleidoscope of funk and traditional Balinese dance and costumes showcasing Hill’s ethereal vocals. Watch trailer here.

On December 5, 2018 Judith Hill’s live musical production her new albumGolden Child will debut at Exchange LA. Following the story of a young childtransported into a make-believe world, where she encounters the adult version of herself, the musical paints a powerful picture of what the world would look like when people come together and celebrate their diversity. Forming a unique union of sight and sound, Golden Child is a cirque-styled ballet concert that will take you on an exhilarating musical journey. Tickets here.

All ticket sales will be donated to the GO Campaign to serve underprivileged youth in Los Angeles.