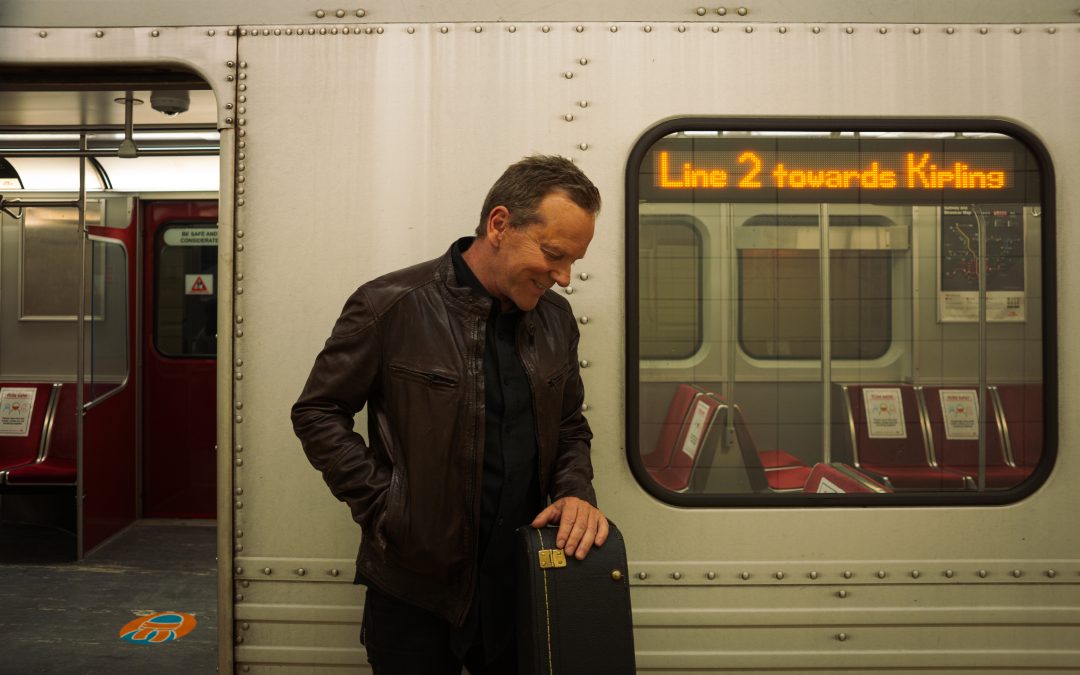 Kiefer Sutherland’s authentic and accomplished take on Americana is once again capturing the imagination of fans ahead of the release of his third album ‘Bloor Street’ on January 21st. The record was launched with the release of its first single and title track, which received its exclusive premiere play from the country connoisseur Bob Harris on Radio 2. Kiefer’s return was capped with the confirmation of a huge UK and European tour that starts in January, the aptly titled ‘Chasing The Rain’ tour.

Kiefer now continues to heighten anticipation for the album as he shares its second single ‘Two Stepping In Time’. In contrast to the poignant, slowburning ‘Bloor Street’, ‘Two Stepping In Time’ is a bright, heartland-style radio rock song. Its energy, however, can’t mask the resolutely romantic streak of its lyrics. It’s a song that hails a love that not only changes everything, but that grows in stature as the years pass.

‘Two Stepping In Time’ was written by Kiefer Sutherland, produced and mixed by the multiple Grammy Award winner Chris Lord-Alge(Keith Urban, Carrie Underwood), and recorded at PLYRZ Studios in Los Angeles. It was then mastered by Ted Jensen at Sterling Sound.

He wrote ‘Two Stepping In Time’ as a love song for his partner, the actress, musician and model Cindy Vela. The couple have been together since 2014 and were engaged in 2017.

Kiefer says, “‘Two Stepping In Time’ is the only song I’ve ever written for Cindy, and it actually made her cry.”

The song was originally written on acoustic guitar, an arrangement which makes the tenderness of its lyrics even more profound. Kiefershowcased that version of the song in a performance for American Songwriter.

‘Two Stepping In Time’ is released alongside an official video, which features Kiefer leading a band of senior musicians as they perform in the less-than-glamorous environment of a pole-dancing bar. While the visual draws on the song’s imagery with fading cigarette embers and empty shot glasses, it ultimately subverts its meaning: it’s a location in which any personal connection will surely only be fleeting.

‘Two Stepping In Time’ features on the ‘Bloor Street’ album, which is available to pre-order here. A range of limited edition signed ‘Bloor Street’ bundles are available, while formats include CD, black vinyl, a limited edition transparent orange vinyl, and an orange cassette. Two new variants are also launched today: a vinyl that’s exclusive to HMV, and a signed CD that’s only available via Amazon.

Remaining tickets for Kiefer’s 2022 ‘Chasing The Rain’ UK/EU tour are available  here. The month-long tour includes his biggest shows to date in the UK and Ireland. 2022 U.S. date to be announced in coming weeks.

The UK/EU tour dates are: