Laura Cantrell Releases At The BBC: On Air Performances and Recordings – 2000-2005 And Confirms New U.S. Dates 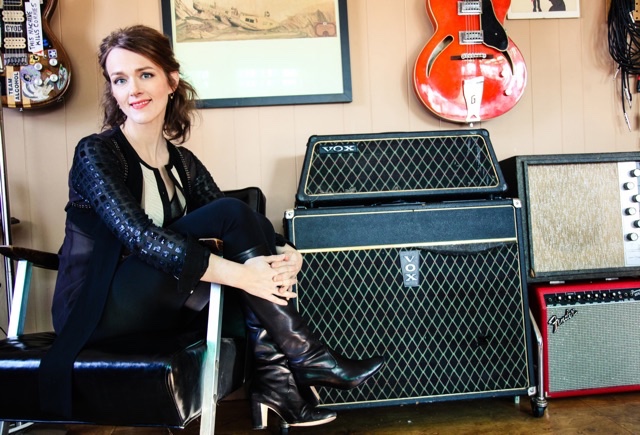 Cantrell’s 2000 Debut Album Not The Tremblin’ Kind Also Re-released; Both Available On Vinyl For First Time

Over the past 16 years, Laura Cantrell has been a familiar presence on the international Americana music scene. The Nashville-born, New York-based artist has developed a loyal audience at home and in the UK through consistent touring, and numerous media appearances including radio interviews and sessions for BBC Radio, most notably with Bob Harris and the late John Peel, who famously championed her debut album, Not The Tremblin’ Kind, and described it as, “My favourite album of the last ten years and possibly my life.”

Her new release, Laura Cantrell At The BBC, out now, compiles the best of her UK radio performances from 2000-2005, including several previously unreleased songs, and traces the arc of Cantrell’s rise as an Americana artist on the airwaves of the venerable British Broadcasting Corporation.

Following tours of the U.K. in the first half of 2016 Cantrell has confirmed a run of U.S. dates including New York’s Joe’s Pub Oct 23. (See below for full list of dates).

Laura Cantrell At The BBC features performances recorded at the BBC’s famous Maida Vale Studios, Broadcasting House in London and the more informal setting of “Peel Acres,” John Peel’s home studio in rural Suffolk. Song selections range from fan favorites of Cantrell’s catalogue like “The Whiskey Makes You Sweeter” and “Bees” to covers like contemporary songwriter Cheri Knight’s “All Blue,” country rarities like “Rain Boy,” and standards such as “Legend In My Time.” Cantrell adds, “As we put this album together, I appreciated all over again what great experiences these sessions were and how they helped me mature as an artist. Also, I was aware again of Peel’s influence as a tastemaker. When I first released Not The Tremblin’ Kind, I was a DJ on WFMU with a little side project album. Most people I already knew in the music business didn’t take my music seriously as they already knew me as a DJ. It wasn’t until John Peel started playing my album week after week, that people over here took notice. The news kind of drifted in third hand, ‘What? She did a Peel session?!’ and it helped changed people’s perception here that Not The Tremblin’ Kind would be worth a listen. Even from across the Atlantic, Peel’s endorsement opened doors for me here in the U.S.” Cantrell continues “I was very touched that John’s family gave permission to include his on air reaction to our performance of ‘Legend In My Time’ as it gives a great glimpse of his style as a DJ and also the radio hospitality he showed me in those years.”

In 2006, after releasing three albums in five years of consistent touring to build her audience, Cantrell shifted focus to care for her newborn daughter. “I knew when Bella was born that my ability to travel was going to change. Many things in the industry were different – Peel had passed, the music business was going through a major disruption, my personal life was changing. I wasn’t sure there would still be an audience when I was ready to return. When we released my Kitty Wells Dresses album, I was so relieved to see the base of people we’d reached from all that hard work in the early 2000s was intact.”

Since the birth of her daughter, Cantrell has released two critically acclaimed albums – 2011’s Kitty Wells Dresses and 2014’s No Way There From Here. With Laura Cantrell At The BBC, she’s celebrating her own early years, concluding “I really treasure those five years of intense travel and engagement with audiences both at home and abroad, and I still feel a debt to the BBC for the platform it gave me to reach that audience and grow as an artist.”