Meklit, An “Artistic Giant In The Early Stages” (San Francisco Chronicle), Confirms New Album We Are Alive, Out March 18 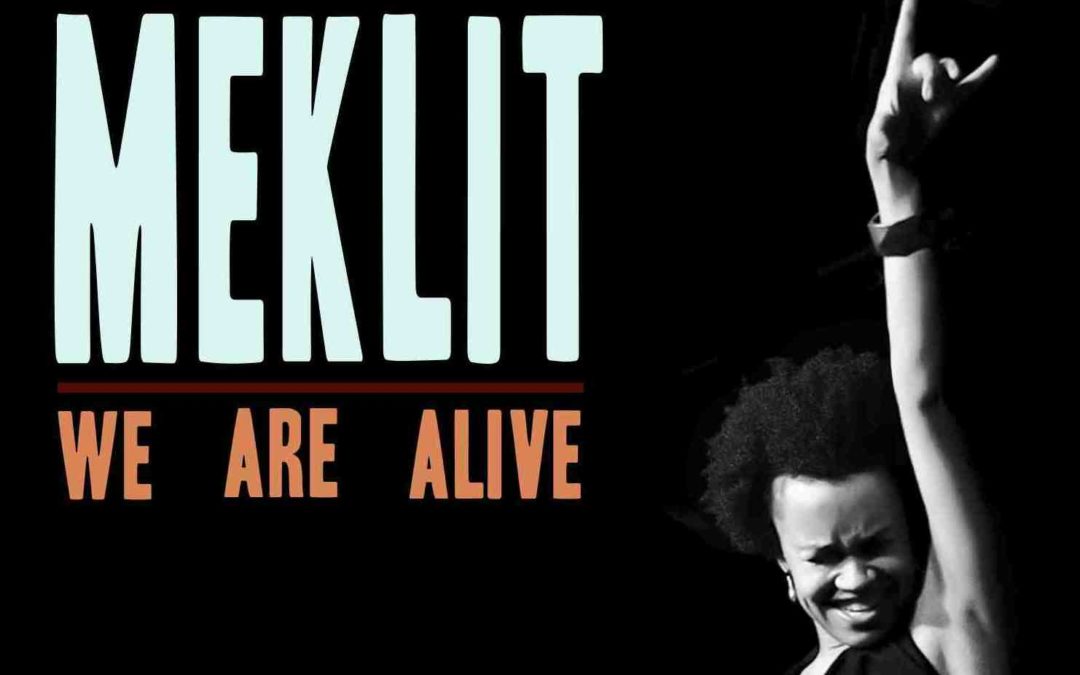 A supple voice with soulful, brainy agility – The Stranger

Ethiopian born, San Francisco based singer Meklit (Muh-kleet) has confirmed the March 18 release of We Are Alive via Six Degrees Records, the follow up to her acclaimed 2010 debut ‘On A Day Like This… ‘ Featuring 11 Meklit originals, as well as a cover of The Police’s “Bring On The Night” and a traditional Ethiopian tune “Kemekem.” The album was recorded to tape at New, Improved Studios in Oakland, California and runs a stylistic gamut from Ethiopian and Sudanese rhythms to New York jazz and San Francisco folk to Radiohead. Producer Eli Crews (tUnE-yArDs, Deerhoof, Geographer) helped guide the album’s spirit of innovation and sonic dexterity.

“Four years passed between albums,” says Meklit. “This time, the songs came faster, more easily. We Are Alive is a merging of everything I’ve done into one, a real culmination of influences.”

A TED Senior Fellow, Meklit and novelist Walter Mosley met and struck up a quick friendship at a speaking event in 2010. Mosely contributes liner notes to the album noting: “We don’t have to be trained in order to understand the highly-developed themes of her lyrics because Meklit’s music is a spiritual gravity for our hearts. She spins her songs and we drift unerringly toward a common center.”

Meklit has confirmed an initial run of U.S. tour dates including stops in New York, Boston, LA, San Francisco and more. Go here for a full list of dates confirmed so far: http://www.meklithadero.com/shows/

Track listing For We Are Alive:
Waiting For Earthquakes
Slow
In Sleep
Overgrown
A Train
Bring On The Night
Kemekem (I Like Your Afro) feat. Samuel Yirga
Far Away
Stuck On The Moon
Plume
In Love With Love
Rest Now
We Are Alive