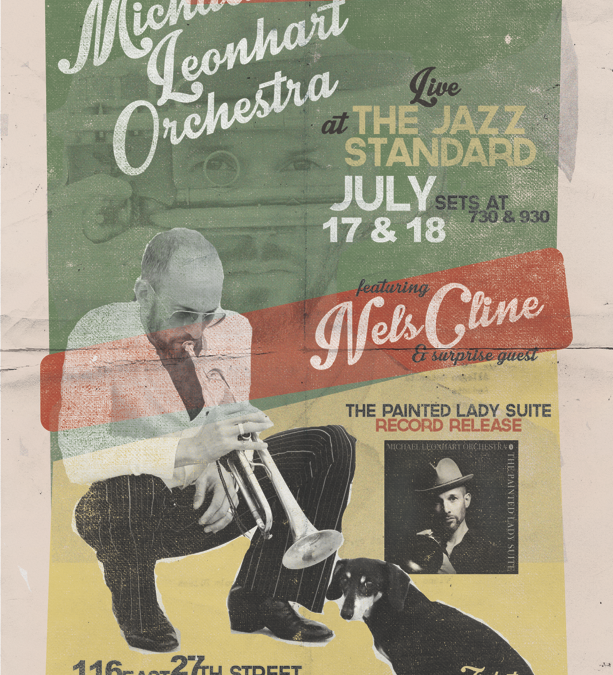 …A seductive record that finds a balance between magnificence and melancholy. – THE NEW YORK TIMES

No passports needed. No packing bags. Just a sense of freedom to travel; the same sense Michael Leonhart mines to create this majestic new recording. – WBGO

Michael Leonhart, the GRAMMY-winning trumpeter, composer, producer, arranger, multi-instrumentalist, songwriter, and Steely Dan and Mark Ronson collaborator will celebrate the release of his debut album, The Painted Lady Suite, with The Michael Leonhart Orchestra on July 17 and July 18 at The Jazz Standard in New York City. The show will feature album collaborator Nels Cline and other special guests.

The Painted Lady Suite it out now via Sunnyside Records and is inspired by the butterfly of the same name. While Leonhart was initially attracted to its flamboyant coloration and wing ornamentation, it was the butterfly’s incredible migration, which spans over six generations and 9,000 miles — twice that of the Monarch butterfly, that sparked his imagination.