Mike Doughty Releases Animated Video for “Sad Girl Walking In The Rain” From New Album The Heart Watches While the Brain Burns, Out Now 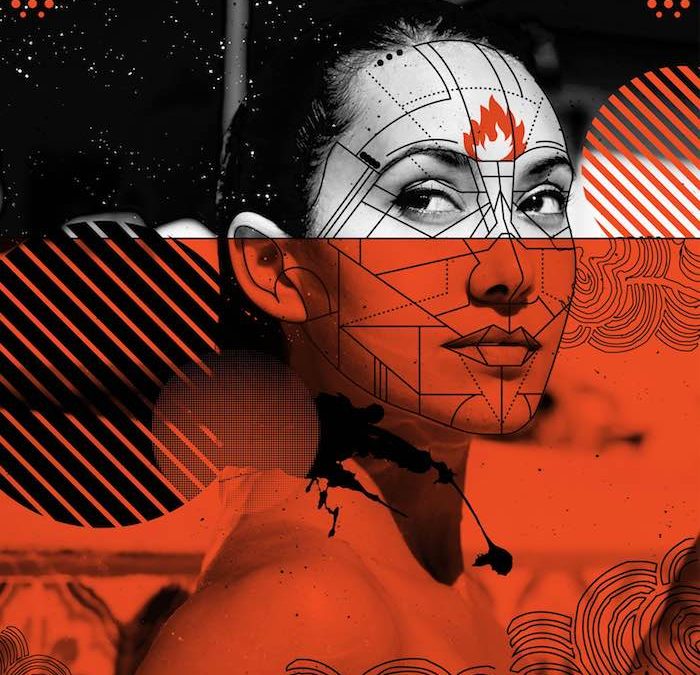 Seven-Week U.S. Tour With Wheatus To Kick Off January 12

Mike Doughty has released the second video from his elegant, charming new album The Heart Watches While the Brain Burns. See the video for “Sad Girl Walking In The Rain,” animated by illustrator Curtis Carey here. “Curtis literally tagged me on Instagram with a fragment of this, and I loved it, and asked him to do a full-on video that I could officially release,” says Doughty. “There is a sweetness to the song, and the lyric, that the video really expresses. I dig the character of the Sad Girl. And I really like doing a video in which I’m an incidental character.” Carey, a big Doughty fan, posted an additional video as part of his regular YouTube show explaining what it was to work with one of his longtime heroes.

Doughty, who moved to Memphis from his long time home in New York in 2014, is confirmed for an ambitious 48-date U.S. tour in support of this, his ninth solo album. New York’s Wheatus will join the tour both as the openers and Doughty’s backing band. Wheatus’ Brendan B. Brown comments, “I’ve been in some musical situations…leader, follower, heavy-loud, technically intense, quiet, gentle, bad, good…things you need for music. None of that prepared me for the fact that Mike conducts improv with his face…I mean, here’s this guy, who I fan on to the extreme, glaring at me like he just ate rancid garlic & I have to interpret & play something different based on that face in that moment. It’s ‘improv’, yes but it’s more like, ‘improve! NOW!'”

Long-time Doughty fans—including Marc Maron (whose phrase inspired the album’s title) and a long list of well-known musicians and comedians—are praising his “free-spirited and distinctly loquacious” (All Music) new album as one of Doughty’s best to date. Read on for a full list of dates and to see what fans are saying.

They began at Goose’s place in New York. “Our process was mostly like this: he’d ask me what kind of beat I wanted, and I’d sing one to him. Then I’d pick up the guitar and improvise parts. I’d go home while he stayed up till 5 am in his bedroom editing parts together,” said Doughty. “I’d come back in, and improvise vocal parts, na-na-la la style, just kind of bug out. He’d piece shards of that into something like a melody, which he’d text to me, and I’d write words to the melody. We built them out from there.”

I find that up or down, full of piss and vinegar or trying to breathe deep, I’m always in the mood to listen to Mike Doughty. The new record is classic Mike yet dynamic and surprising too- scents of his new Memphis home infuse everything with a country warmth. Get in there. – John Ross Bowie (Big Bang Theory, Speechless)

Mike Doughty does soulful Americana, and it’s gorgeous. The Heart Watches While The Brain Burns is a stop at a smoky, whisky-soaked roadhouse that’s the last building standing in town after the Interstate went through. – Wil Wheaton

I’ve been a fan of Mike Doughty for twenty years, and somehow he still sounds like he’s from the future. The Heart Watches While the Brain Burns gives you pathos, humor, insight, killer beats, and melodies that you wake up singing. It’s Doughty at his best, and it’s just what my soul needs in this trashcan of a year. – Dave Holmes (Editor-at-large, Esquire.com)

A new Mike Doughty record is an event. He inspires me so much– as a songwriter, as a wholehearted and uncompromising artist, and as a human being devoted to truth. You need to buy The Heart Watches While The Brain Burns, because the heart does just that, and he knows how to tell you all about it in a voice like bourbon and gravel that will stick in your head forever. – Rosanne Cash

I love this guy! Is he gay? Robin, this is the kind of guy you should date. – Howard Stern

The Heart Watches While The Brain Burns is a timeless classic, an album that you will return to again and again until your ears stop working. – Kristen Schaal (Bob’s Burgers, Last Man On Earth, Flight of the Conchords)

Mike Doughty is one of culture’s finest culture-makers and these songs, each of them literate and smart and rocking, may be his best yet. – John Hodgman

This new album. Somebody kicked Kerouac and a drum machine down the stairs you built a damn Trans-Am from the bits. – Twitter user @capndukekimball