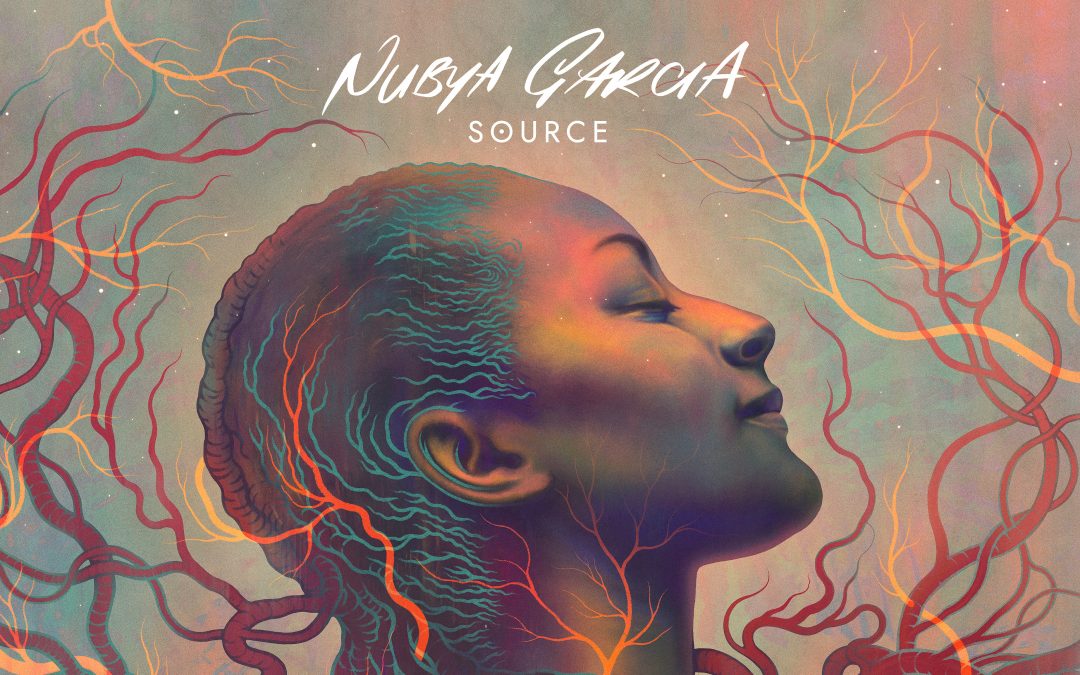 OUT NOW ON CONCORD JAZZ

London-based Nubya Garcia has kept busy during these unusual times. Today the rising saxophone player shares her latest single, “Source (Makaya McCraven Remix).”  McCraven, a multi-talented, cutting-edge drummer and beat scientist, was the winner of Downbeat’s 2020 critics poll in the ‘Rising Star’ categories of Best Producer and Best Drummer of the Year. He offers a new perspective with his remix of “Source” from Garcia’s critically acclaimed album of the same name. Both musicians, who defy categorization with their inventive process and intuitive style, join forces on “Source (Makaya McCraven Remix).”

SOURCE, out now on Concord Jazz, is an album the New York Times describes as “a life’s worth of experiences into an hourlong listen.”

Garcia has also made a huge impact in her native UK, with rousing performances for the BBC’s 2020 Glastonbury Experience, her recent concert ‘Live at the Barbican,’ a feature story in MOJO Magazine, as well as a Jazzwise cover for their September Issue.

From a slower, more romantic tempo in “Together Is A Beautiful Place To Be” to the upbeat title track “Source” featuring Ms MAURICE, Cassie Kinoshi and Richie Seivwright, Garcia’s instrumental and composition skills are showcased in her album in more ways than one.

SOURCE serves as Garcia’s first full album to date. Her self-released EP, WHEN WE ARE (2018), the title track of which was described as “effervescent” by the New York Times, was named one of NPR’s Best Songs of 2018. Her debut EP, NUBYA’s 5IVE, released in 2017, was hailed as “exceptional” by the Vinyl Factory and sold out on vinyl within 24 hours. In 2018, Garcia was featured on five tracks of WE OUT HERE, the Brownswood compilation project celebrating London’s young and exciting jazz scene. She also won the Jazz FM Breakthrough Act of the Year Award and the Sky Arts Breakthrough Act of the Year Award that same year, and took home the Jazz FM UK Jazz Act of the Year Award in 2019.

Garcia studied under pianist Nikki Yeoh at Camden Music before joining Gary Crosby’s Tomorrow’s Warriors in her late teens and completing her training at Trinity Laban Conservatoire of Music. She is a member of the contemporary septet Nerija and has toured extensively internationally, playing venues and festivals across Latin America, Asia, Europe, Australia and the United States. Garcia’s reputation as a DJ is also burgeoning; she currently helms a hit radio residency on NTS.

“On ‘Source,’ [Nubya Garcia] weaves together so many threads so masterfully that she instantly establishes herself as a foundational voice in the larger, ongoing story of the London jazz scene. Her debut is a stunning introduction.”

“reaching into the past while planting itself firmly in the present, ‘Source’ reminds listeners to slow down and reconnect with themselves, their cultural histories and those closest to them”

“‘Source,’ is now the definitive place to hear how she applies a gorgeously refined tone — a burnished old-school cry that’s as muscular as it is romantic— toward contemporary ends.”

“the kind of convincing panache listeners would just follow anywhere.”

“To hear her first release on Concord Jazz, “Pace”—jointly produced by her and Kwes (Solange, Bobby Womack)—is like experiencing the contrast and colors of living the fast life.”

“Those of you not hip to Nubya Garcia had better catch up quick, because she’s moving at lightning speed.”