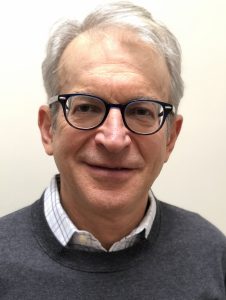 “Mike has been an inspiration to work with,” says Brendan Gilmartin, President of Chart Room Media. “I’m excited to have him join our team. With Mike’s expertise, knowledge and proven dedication to delivering meaningful press campaigns, I’m confident this move will drive a lot of growth for Chart Room Media.”

“I have long admired Brendan’s success and skill at executing media campaigns for a wide variety of artists and corporate clients,” Wilpizeski says. “In the past, we’ve collaborated on a number of extraordinary projects, including Dr. John’s final studio release, Ske-Dat-De-Dat: The Spirit of Satch, Terri Lyne Carrington’s The Mosaic Project: LOVE and SOUL and singer Jazzmeia Horn’s GRAMMY-nominated debut, A Social Call, among others. I’m looking forward to this exciting new chapter.”

An industry veteran, Wilpizeski began his career in the mailroom and in 1988 joined ECM Records as publicity manager. Within eight years, he was national publicity director at Verve, home to the most acclaimed artists in jazz. He was hired by the audiophile label Telarc International in 1999 to run their publicity department. In late 2005, Telarc was bought by Concord, the world’s largest independent record company. Over the years, Wilpizeski has earned a solid reputation for developing new talent, as well as revitalizing the careers of established artists. Notably, he oversaw the campaign that led to Spalding’s historic upset at the 2011 GRAMMY Awards, beating out favorites Justin Bieber and Drake as well as Mumford & Sons and Florence & the Machine.