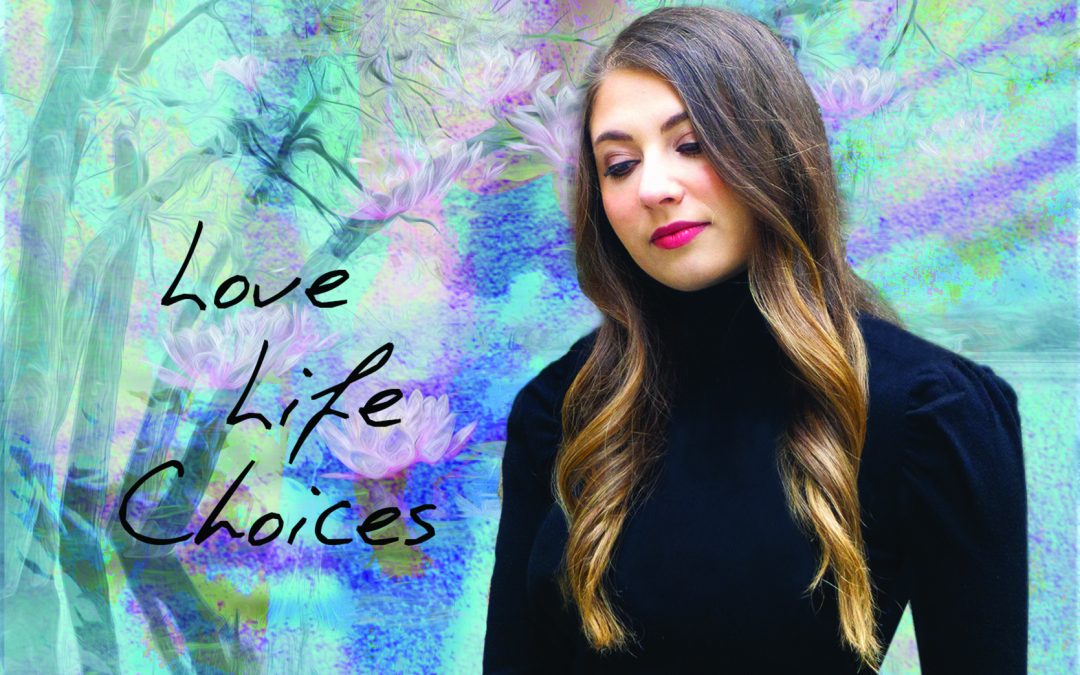 First single “Just the Two of Us” out today

Love Life Choices is the debut full-length album from New York City-based vocalist Rebecca Angel, following her widely acclaimed 2018 EP What We Had and a handful of well-received singles and other interim releases. In Love Life Choices, on both her original compositions and interpretations, Rebecca displays maturity and poise, well-honed craftsmanship, a steely confidence, smart musical choices and an innate sense of self. Rebecca’s individuality shines through on each diverse track.

Love Life Choices boasts an eclectic track list that finds Rebecca drawing material from several disparate sources. The album’s covers run the gamut from Buffalo Springfield’s ’60s protest classic “For What It’s Worth”, which has already topped several prominent radio charts as a single, to songs written by Brazilian maestro Antonio Carlos Jobim (“Corcovado” and “Waters of March”), the beloved singers Sade (“Maureen”), Bill Withers (“Just the Two of Us”), and reggae icon Bob Marley (“Waiting in Vain”). The collection also features a customized cornerstone of the modern classical canon, “Gymnopédie No. 1”, originally penned by the visionary Erik Satie and retitled here as “Till Now”, featuring newly written lyrics by Rebecca.

The variety of song topics addressed within Love Life Choices is as wide-ranging as the music itself, with some tracks directly speaking to vital issues facing contemporary society and others inspired by Rebecca’s recent marriage to her steadfast partner, Jonah. In addition to her interpretations of classics, the singer contributes three impactful tunes that she composed: “Side By Side” (co-written with Miles and beatboxer Butterscotch), “Summer Song” (Electro Remix) and the incendiary “Thoughts and Prayers”, with lyrics that could have been ripped from today’s headlines.

Each of Rebecca’s performances is richly textured, finely nuanced and sophisticated, reminiscent of artists who’ve been at it much longer than she has. Throughout the album, even as she glides easily from style to style, Rebecca Angel puts her own distinctive stamp on each track. “I never try to be someone I’m not.” She says, “the most important thing is believing in what you sing or play, because if you don’t believe it nobody else will.”