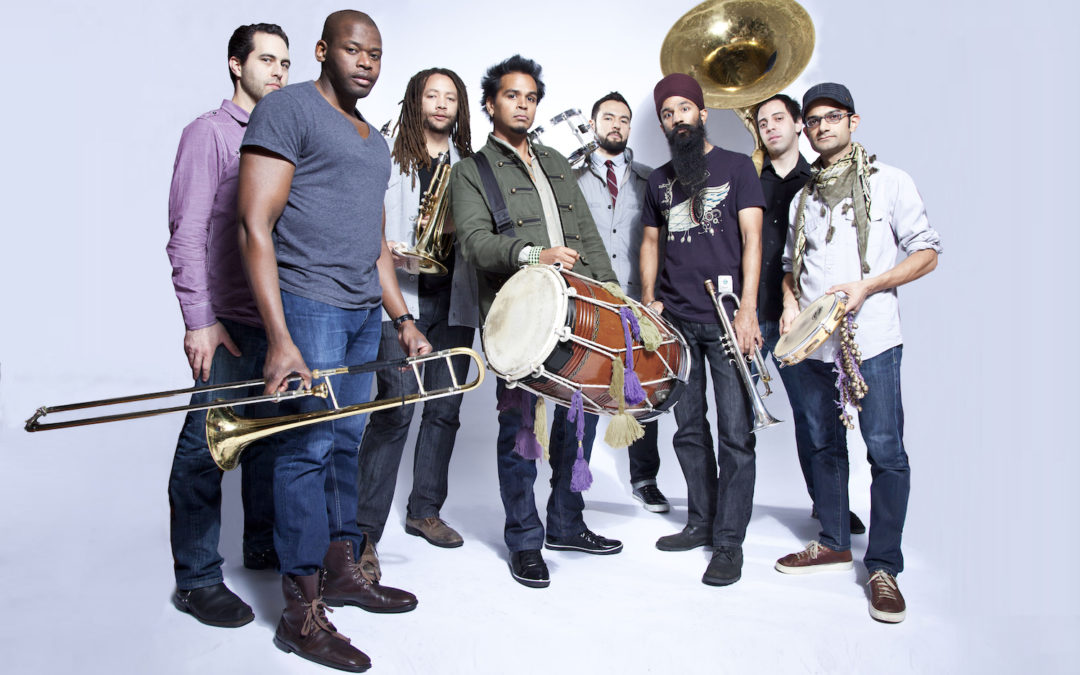 100+ BPM is a new work by Red Baraat founder and bandleader Sunny Jain commissioned by NPR Music. Over 200 area horn and drum players of all stripes have already signed on to participate in this open call for players to perform the world premiere of the piece. NPR’s short history of commissioning works pairing esteemed composers and iconic New York landmarks includes a premiere of a Phillip Glass composition in Times Square in 2012. The premiere performance will be documented for NPR Music’s “Field Recording” video series and will premiere later this summer at NPR Music. 100+ BPM will be conducted by Red Baraat sousaphone player John Altieri.

Red Baraat’s never-ending tour schedule includes stops this summer at the legendary Monterey Jazz Festival, The Aspen Jazz Festival and The Telluride Jazz Festival. Along the way they will return to Brooklyn for a special appearance at New York’s Brooklyn Bowl. See below for more info and a full list of tour dates.

More on 100+ BPM from the NPR press release:
NPR Music and Make Music New York invite brass players, percussionists and the public to help realize a scorching hot new work by Sunny Jain, founder of the critically-acclaimed band Red Baraat. With the iconic steps of the Brooklyn Public Library at Grand Army Plaza as the stage, Jain will lead New York-based professional musicians and amateur performers in the world premiere of 100+ BPM, on Saturday, June 21 starting at 4:30PM ET.

Brass players and percussionists (amateur, student or professional) who would like to take part in the premiere of 100+BPM should arrive at the steps of the Brooklyn Public Library (280 Cadman Plaza W, Brooklyn, NY 11201) familiar with the piece, warmed up and ready to play by 4:30PM ET. A PDF of the 100+ BPM score will be available for download at npr.org/Music, makemusicny.org as well as from the websites of the Brooklyn Public Library and Red Baraat.