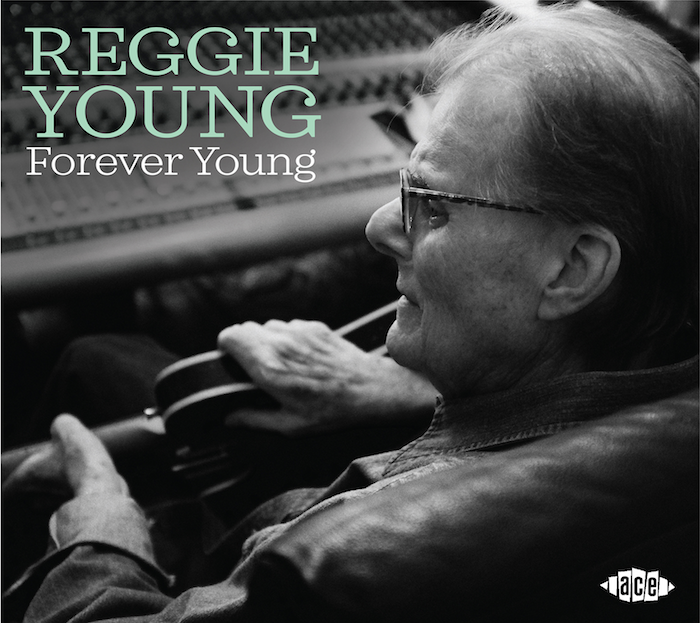 Iconic Musician Heard On ‘Dusty In Memphis,’ “Suspicious Minds,” “Sweet Caroline,” “Always On My Mind,” And Over 150 Other Top Ten Hits

The name Reggie Young may not be one that you recognize right away, but you know him. You’ve heard him countless times. The guitar on Elvis Presley’s “Suspicious Minds” and “In the Ghetto?” Reggie Young. Dusty Springfield’s “Son of a Preacher Man?” Reggie again. Willie Nelson’s “Always On My Mind,” Neil Diamond’s “Sweet Caroline” and Dobie Gray’s “Drift Away?” You get the picture—all him. He’s even the guy playing that electric sitar on the Box Tops’ “Cry Like a Baby.” The Highwaymen, featuring Johnny Cash, Waylon Jennings, Kris Kristofferson and Willie Nelson—guess who their guitarist of choice was?

In fact, Reggie Young has played guitar on so many hit records for so many artists and for so many years that he has to keep track of them all in a notebook!

But one artist Reggie Young has never played on a record for is Reggie Young—he has never recorded and released a full album under his own name. Until now, that is. After six decades in the music business, Reggie Young, a guitarist revered by the likes of Eric Clapton and the late George Harrison, and a bona fide legend once name-checked in a song by Jimmy Buffett—yes, Young played with him too—is stepping out front and releasing his first solo collection entitled Forever Young.

At age 79, the man whose sensational six-string work has been put to good use by everyone from J.J. Cale to Etta James, Sinead O’Connor to jazz great Herbie Mann, is finally giving the world Reggie Young music. Due in May 2017, the album is called Forever Young, and never has a record album borne a more appropriate title. The collection will be released in the U.S. via Whaling City Sounds and in Europe via ACE Records.

Recorded primarily at La La Land Studio in Muscle Shoals, Alabama, the seven instrumental tracks comprising Forever Young were all written and produced by Young, showcase his unique as a fingerprint six-string sound, and feature some of the most skilled musicians in the country. Several were mainstays of the Memphis, Nashville and Muscle Shoals music scenes during the ’60s and ’70s, and like Young contributed to hundreds of smash hits in the R&B, country and rock genres.

Why his own recording now, after all these years? “I never was really interested in doing it because I’ve been so busy—really busy!” says Young. “When I’d get some time off, I enjoyed the peace and quiet. I couldn’t see going right back to work. But now the studio world has changed quite a bit in the last few years, and I have more time to pursue it. I’m ready for it.”

In addition to revealing his talent as a composer and bandleader, Forever Young, not surprisingly, offers the most in-depth study of Young as a guitarist to date. Where in the past he’s always happily provided the licks that made others’ music whole, here he calls all the shots. Reggie’s soulful style shines through on each tune, beginning with the lead-off track, “Coming Home to Leiper’s,” a tribute to his wife, Jenny Young, and their home life in Leiper’s Fork, Tennessee.

Some of the tracks, featuring a tight, funky horn section—recorded at Young’s home—will remind listeners of the kind of classic Memphis soul that made Young one of the most in-demand players in that city. And then at the other extreme there’s the sweet, lush “Jennifer,” another tribute to Jenny; it’s one of four tracks to which she contributes cello and the perfect album closer.

With the release of Forever Young, Reggie is restless again, eager to go out and play his own music live in front of audiences. It’s fair to say after so many years of hearing and seeing this great musician, anonymous but contented standing in the background, few people will ever ask again, “Who’s that guy?” when they hear Reggie Young.