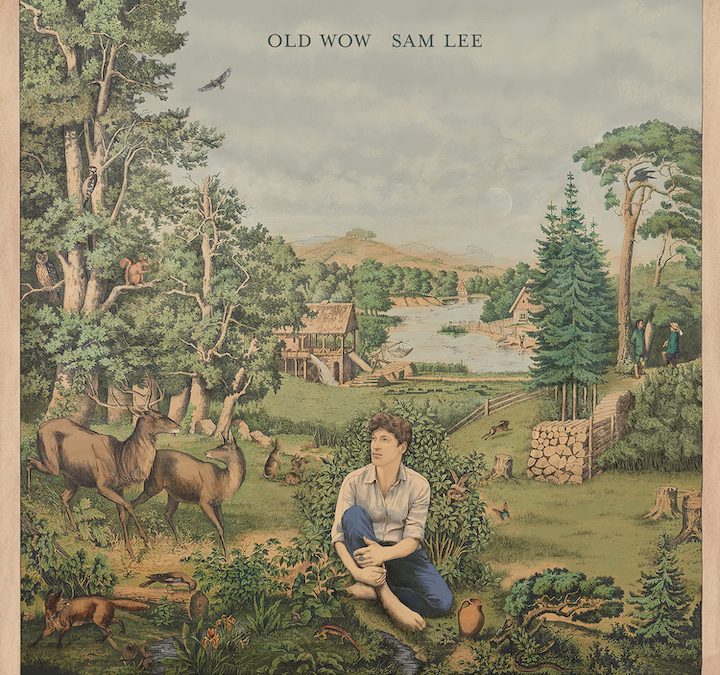 Watch The Track Live In Session At Rak Studios Here

Sam describes his new single as “A gentle yet potent wake up call to recognise the beauty of life in its purest form.” Fittingly then, it features the rare and remarkable vocals of Fraser, which perfectly complement Sam’s rich, clear tones. Unbeknownst to Sam, Elizabeth had attended several of his gigs before an introduction was made and their shared love for traditional music quickly became apparent. Sam later invited Elizabeth to sing on this song – she replied ‘Yes, leave it with me.’ When he later received her recording, Lee recalls; ‘I couldn’t sleep that night. I was just listening to it over and over again. It’s just sublime.’

Speaking about the timely arrival of “The Moon Shines Bright” which lands as Christmas is inching nearer, Lee says; “The song originated as an English Gypsy Christmas Carol taking root at least as far back as the 1700s, and was collected almost exclusively from the Gypsy community. It has all the hallmarks of an ancient proto-religious song that has more recently shed lots of the more Christian meanings to connect in with a more animistic relationship to the winter solstice time.”

Sam was especially keen to include the track on Old Wow, as it was a “gift” from his good friend, the 93 year old English gypsy, Freda Black, who offered him a song to take on  pilgrimage. It is also influenced by a Zuni prayer for greeting the sunrise and encouraging us to experience wonder in the here and now. This meaningful and pertinent track weaves together “messages of devotion from different lands to communicate the impermanence of life and the importance of recognising the sacred.” Elizabeth’s vocals inject a haunting reminder of the beauty and fragility of life, using a fragment of lyrics from a traditional Scottish folk song, “Wild Mountain Thyme.”

Lee plays a unique role in the British music scene. He is a multi-award-winning singer, a committed folk song collector and a successful live promoter helping to reinvigorate UK folk music. Recorded at RAK Studios and Studio 355 with Bernard Butler’s production, ‘Old Wow’ pushes Sam’s music into further remarkable territory. Butler’s electric guitar playing marks the first time it has ever appeared in Lee’s music, whilst Fraser’s spine-tingling vocals join other appearances from Cosmo Sheldrake, spoken-word poet Dizraeli and The Gloaming’s Caoimhin O Raghallaigh. Old Wow is devoted to the natural world in the age of climate crisis; a commitment that has long since dominated Sam’s principles. A passionate conservationist & environmental campaigner, Sam has recently collaborated with Extinction Rebellion, Music Declares Emergency and the recent RSPB campaign, ‘Let Nature Sing,’ which improbably launched 3 minutes of birdsong into the UK Top 20 charts.

Spanning new interpretations of American spirituals, Romany Gypsy songs and traditional English standards, ‘Old Wow’ arrives alongside artwork designed by Alex Merry (Damien Hirst, Gucci). With ‘Old Wow’, Sam Lee has created a timeless bridge; in his words; “Music that simultaneously looks back into the past and ahead to the future. An urgent cry to help inspire us all to fall back in love with the natural world that we might strengthen our resolve to protect her.’

Lee is confirmed to appear at the Folk Alliance International Conference January 24 in New Orleans. Additional U.S. tour dates to be announced soon.