Saun & Starr, Veteran Singers With Sharon Jones & the Dap-Kings, To Step Out On Their Own With Debut Full-Length Look Closer, Out May 19 Via Daptone Records 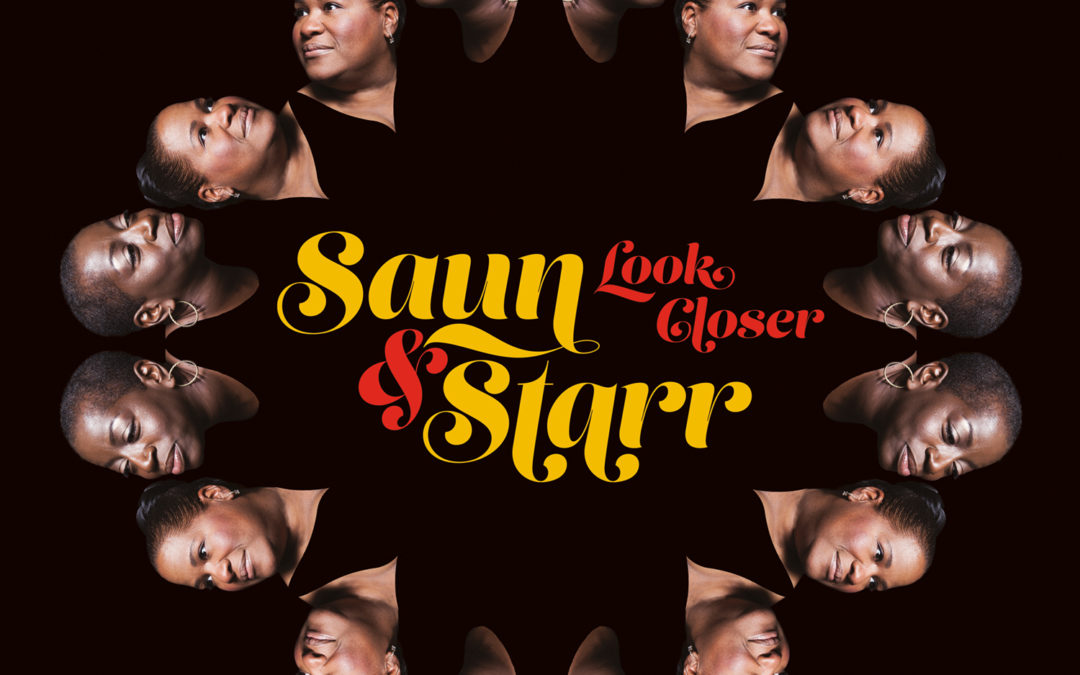 Recorded with The Dap-Kings, the highly-anticipated album was produced by Daptone’s Gabriel Roth and features ten original tracks by the duo (including the hit “Hot Shot,” penned by Roth & Dap-Kings’ saxophonist Cochemea Gastelum). The album was recorded at Daptone Records’ House of Soul studio in Bushwick, Brooklyn in 2014.

Though they grew up mere blocks from one other in the Bronx, the powerhouse duo never crossed paths until an open mic night in 1980s Harlem brought them together. Sharing similar tastes in music, the two became fast friends and soon began performing together professionally. Eventually parting ways, they were unexpectedly reunited when both began singing with Miss Sharon Jones in a New York-area wedding band during the 1990s.

After dissolving that band, the girls kept in touch sporadically throughout the 2000s, but it wasn’t until the release of Sharon Jones & the Dap-Kings’ 2008 album I Learned the Hard Way that the three joined vocal forces again. Touring extensively as Jones’ permanent backup singers, Saun and Starr developed their own show over the years and began opening Sharon Jones & the Dap-Kings sets with cover songs showcasing their respective talents.

Look Closer has come together as one of the Daptone family’s proudest studio endeavors. Its release and subsequent tour are highly anticipated by fans and musicians alike.

The feeling of being a part of the Daptone Family makes me feel like we have a platform to be free to stay true to the sounds of what we grew up on and love. – Starr Duncan-Lowe

I’m excited about getting this record out there and having the world hear what we’ve been working so hard on with The Dap-Kings. It’s been a long time coming. Let’s HIT IT!!! – Saundra Williams

*Please note* The artist’s pronunciation is as follows: ‘Saun’ has the same pronunciation as ‘Saundra’ but without the ‘dra’, which then creates the simple nickname Saun (pronounced “sawn,” NOT “Shawn”).