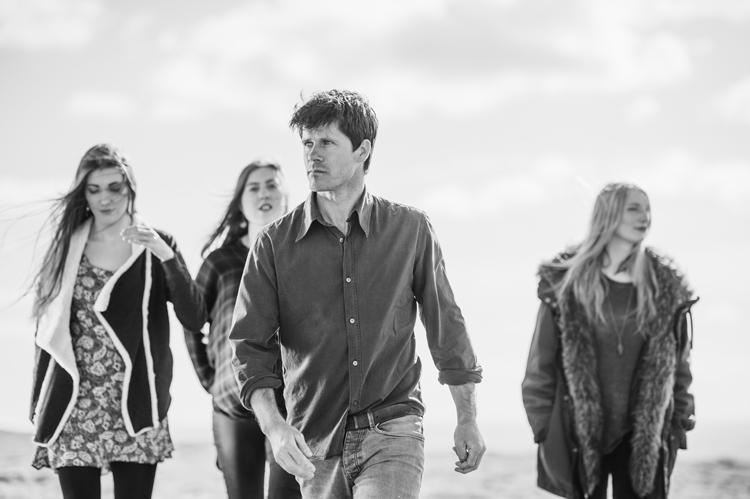 Raw And Rustic Folk From Mercury-Nominated Fiddler, 7/10 – UNCUT
See The Video For Album Track “Meet Me In The Twilight”
Seth Lakeman has announced the release of his eighth studio album Ballads of the Broken Few (September 16 2016 on Cooking Vinyl), a stunning combination of his dynamic songwriting and playing, the genius of legendary producer Ethan Johns and the sublime harmony vocals of emerging young female trio Wildwood Kin. Between them they have conjured up an epic, soulful album of compelling songs that are stripped back to their very essence.

Ethan Johns has worked with the likes of Ryan Adams, Kings of Leon, Paul McCartney, Tom Jones, Ray LaMontagne, Laura Marling, The Staves and Crosby, Stills and Nash. He agreed to produce the album after Seth sent him one roughly recorded song on his mobile phone, with Wildwood Kin adding their lush harmonies to his own gritty lead vocals.

Continuing Seth’s unique vision for recording in inspiring locations – previous albums have been recorded in a church and a copper mine – the 11 tracks for Ballads of the Broken Few were cut ‘live’ with an organic, acoustic vibe in the Great Hall of a Jacobean Manor House and they shine with the atmosphere of that setting. The spiritual-sounding songs have a trance-like quality: they encompass evocative contemporary messages, yet have an ethereal sound as if they have been hanging in the air for centuries. Ethan has let nothing impair the raw, visceral content – just enshrined the pure sounds of voices and ringing instruments. He comments “The kind of record I like captures human performance.”

The mood is set from track one. Seth’s soaring vocals are perfectly complimented by the seamless harmonies of Wildwood Kin – two sisters (Emillie and Beth Key) and their cousin (Meghann Loney), also from Devon. When Seth met them at a local charity gig, he was immediately struck by their effortless ability to create intuitive harmonies.

There is Seth’s trademark stomp, his swooping, sighing and aching fiddle and viola, and strident electric tenor guitar. Multi-instrumentalist Ethan can’t resist joining in on subtle underlying “dirty” electric guitar, mandolin and even hurdy-gurdy! Ballads of the Broken Few has seven original tracks plus a striking cover of “Anna Lee”, the Laurelyn Dossett song from Levon Helm’s Grammy-winning ” Dirt Farmer” album. Seth also revisited the Cecil Sharp House archive featured in “The Full English” project, which resulted in him and fellow leading British folk musicians claiming “Best Group” and “Best Album” at the BBC Radio 2 Folk Awards. He has re-worked several traditional broadsides, including ” The Stranger” and “The Willow Tree”, and there is also his take on a 19th century moralistic song, “Pulling Hard Against the Stream”. The album will be available on CD, vinyl and digital.

Since the Mercury Prize nominated “Kitty Jay” (recorded in his kitchen for £300), the follow-up gold selling “Freedom Fields” and his last, highly acclaimed offering, “Word of Mouth”, a deft collection of mini musical biographies of colorful West Country characters, Seth Lakeman has relentlessly pushed his musical boundaries and those of folk and roots music. His innovative approach, groundbreaking albums and powerful live performances have put him at the forefront of the re-emergence of British folk and successfully steered it into the mainstream. With Ballads of the Broken Few Seth demonstrates yet again that, far from being complacent, he is constantly exploring new and bold musical paths.