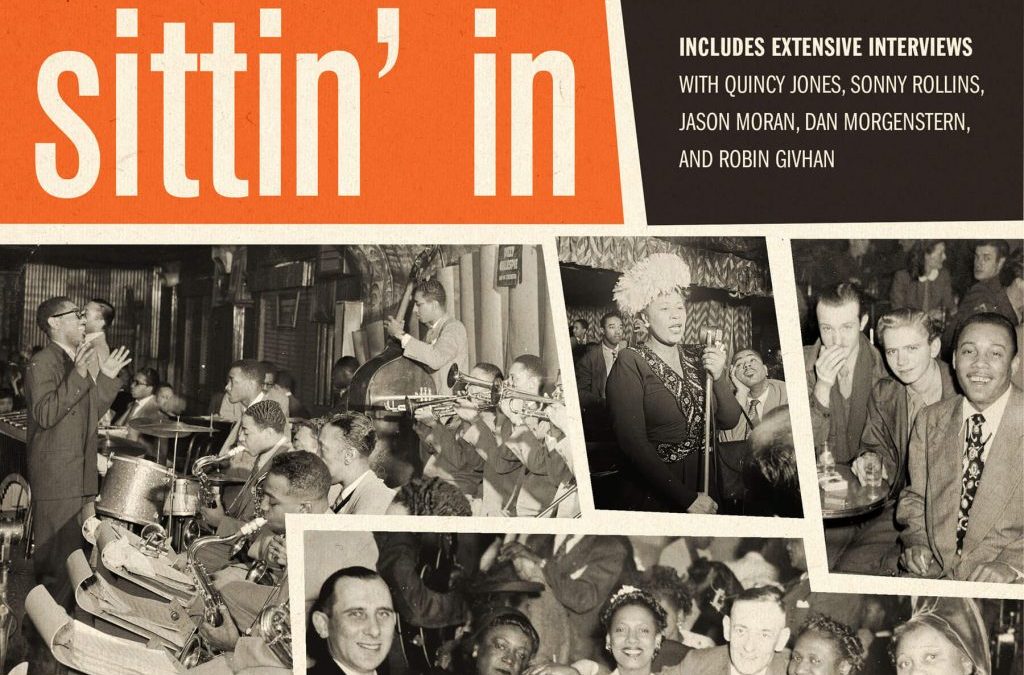 A story that needs to be told – Sonny Rollins

See a video peek inside the book

In SITTIN’ IN: Jazz Clubs of the 1940s and 1950s (Harper Design; November 17, 2020), Grammy-nominated historian, archivist, author, and record executive Jeff Gold offers an unprecedented look inside the jazz clubs from this era across the United States.

In exclusive interviews, iconic musicians Sonny Rollins and Quincy Jones as well as preeminent jazz historian Dan Morgenstern give first-person accounts of the clubs that Rollins called “a paradisiacal place to be.” Decades before Jackie Robinson broke baseball’s color barrier, jazz clubs were among the first places in Jim Crow America where Black and white people mixed in audiences and onstage. Rollins noted, “Jazz was really where the racial barriers were broken down heavily,” and Jones explained, “Back then, it wasn’t about color in the clubs, it was about how good you can play. Racism would’ve been over in the 1950s if they’d listened to the jazz guys.”

Drawing on an incredible trove of photos and memorabilia, most of which have never been seen before, Gold gives us a glimpse at a world that was rich in culture, music, dining, fashion, and more. Photographs of some of these clubs and the performers onstage have been published, but Sittin’ In turns the camera around and lets us see the audiences. Featuring a collection of hundreds of souvenir photos from clubs across the United States—this lush volume provides a clubgoer’s perspective on a vital side of the jazz club experience that’s rarely been seen before now.

Additional interviews include jazz pianist and composer, MacArthur Fellow, and Kennedy Center creative director Jason Moran, who explores the history and culture of the music during the era, when bebop evolved from and in response to the big band swing sound. Pulitzer Prize-winning fashion critic Robin Givhan discusses the abundant style of both clubgoers and musicians of the day in a social and sartorial context.

The book’s 200 exclusive images include never-before-seen club souvenir photographs, some featuring fans posing with legendary musicians such as Charlie Parker, Duke Ellington, Dizzy Gillespie, Count Basie, and Louis Armstrong—and even one photo showing clubgoer Marlon Brando (below) with fans at New York’s Birdland. Also included is a wealth of colorful club graphics, from cards, menus, flyers, matchbooks, postcards, and posters as well as supplementary photographs of other top performers and venues of the day.

Revelatory and beautifully designed, SITTIN’ IN is a must-have for anybody interested in music, history, race relations, fashion, the music club scene, vintage photography, and little-known corners of American culture.

Without a doubt a MAJOR contribution to jazz history in so many ways.

Jeff Gold is a Grammy Award winning music historian, archivist, author, and executive. Profiled by Rolling Stone as one of five “top collectors of high-end music memorabilia,” Gold is an internationally recognized expert who has consulted for the Rock and Roll Hall of Fame, the Museum of Pop Culture, and various record labels and cultural institutions. He’s also appeared as a music memorabilia expert on PBS’s History Detectives and VH1’s Rock Collectors.

Gold’s 2016 book, Total Chaos: The Story of The Stooges/As Told by Iggy Pop was one of Rough Trade’s “Books of the Year” and earned rave reviews in Rolling Stone, Mojo, Esquire, and many other publications.  His 2012 book 101 Essential Rock Records: The Golden Age of Vinyl, From The Beatles to the Sex Pistols was one of eight books selected by Rolling Stone as “The Year’s Best Reading Material.”