A live premiere of Departure, the forthcoming album featuring collaboration between top global beatbox talent and string & percussion virtuosos from the

On May 21, New York City will witness a unique collaboration between Bataco, the international champion beatboxer from Japan, and renowned multi-instrumentalist Miles Jay (Yousou N’Dour, Cairo Symphony Orchestra).   This epic duo will premiere songs from the 11-track Stereognosis LP Departure, to be released Friday June 14 on Estesh3ar Records.

This game-changing album by Stereognosis creates a bold blend of modern urban beats with ancient melodies and percussion from the Cradle of Civilization.  The album required collaboration between ten musicians who spoke nine different languages, most of whom had never met. The ensemble was crafted by American producer Patrick Archie.  One of the participating musicians was Bataco, the 2017 Asian Beatbox Champion and showcase performer at the 2018 and 2019 Grand Beatbox Battles hosted by SwissBeatbox.  Another one of the musicians (and Musical Director of the project) was composer and live-loop guru Miles Jay, who has performed everywhere from New York’s Carnegie Hall to the Emirates Palace in Dubai.   Together, these two artists confront the limits of both genres and borders.

Departure was notably recorded and mixed by LA-based engineer Phillip Broussard (former assistant engineer of Rick Rubin, previously worked with Adele, Justin Timberlake, and Jay Z).  It was mastered by Mike Bozzi (Childish Gambino, Kendrick Lamar, Anderson Paak). An accompanying HD documentary by DawnRunner Inc. will bring this story to the screen after the album’s release. 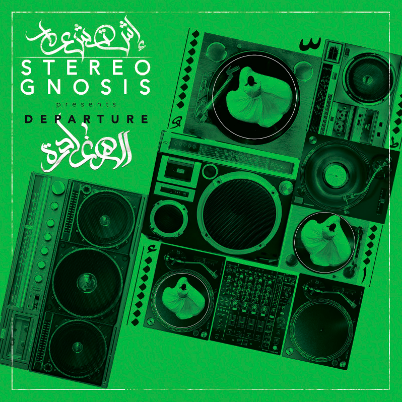