The Philistines Jr. Return With Eclectic And Impressive New Album Help!, Out November 8 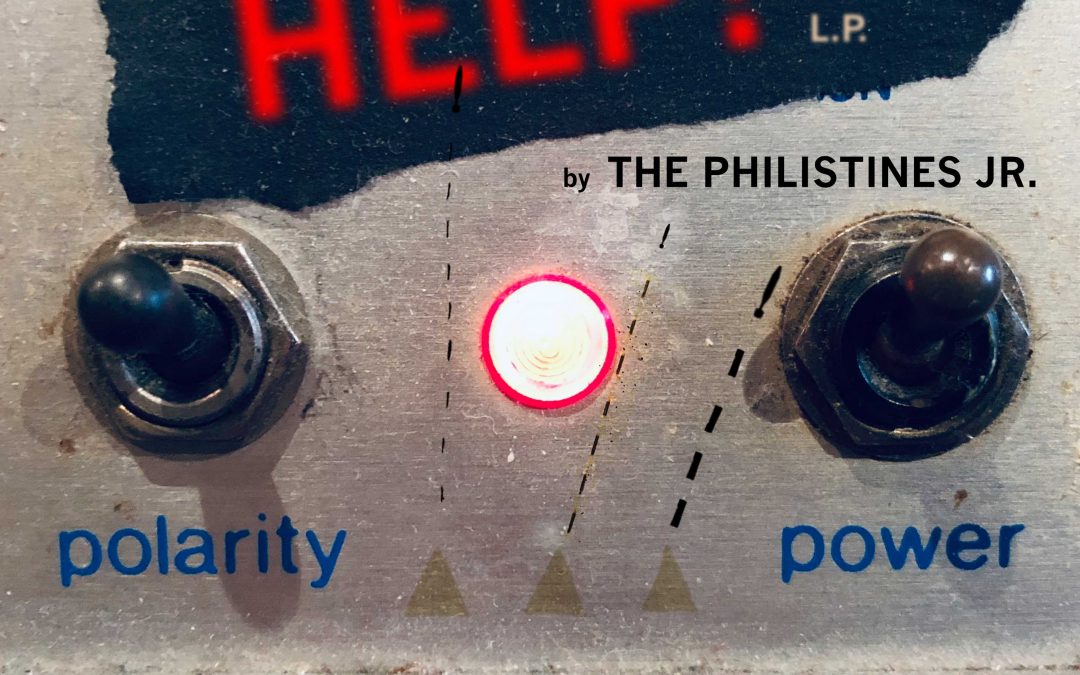 Confirmed to play with indie-faves Mates of State at NYC’s Mercury Lounge Sept. 28

The Philistines Jr. –always a tricky band to describe—have confirmed the release of their first album in nine years Help! on November 8. Championed by the likes of the BBC’s John Peel while dismissed by many as goofballs, their home recorded brand of indie rock has at times been defined by its odd combinations of production and songwriting styles:  hifi and lofi, acoustic and electronic, jokey but ever melancholy.

Started in the late 1980s by brothers, Peter and Tarquin Katis, the group remained active up until the early 2000s when Peter’s producing pursuits (Interpol, The National, Kurt Vile, Frightened Rabbit, Death Cab For Cutie, Japandroids, Stars, Jonsi, The Head & The Heart, etc.) resulted in an unplanned hiatus. In 2010, the band resurfaced with the unexpected If a band plays in the woods…? LP with an updated take on their songs and sounds.

Now in 2019 with the help of some new friends and their own actual children, The Philistines Jr. have made a new album with the usual meandering instrumentals, occasional sing-alongs, inscrutable lyrics and production as ambitious as ever. The record is the band’s abstract take on trying to understand and participate in today’s confusing world of music, art, politics and plain old day to day life.

“I’m very confused right now,” says Peter. “About the world. About my own life. About studio production. Synth sounds that would have made people laugh out loud a few years ago are now considered the coolest. So I guess this record is a reflection of that confusion. We’ve always tried to make weird records. But not obvious weird. Actually weird. This record is pretty weird. I hope.”

The Philistines Jr. will play with friends Mates of State on September 28 at New York City’s Mercury Lounge. More dates to be announced soon.