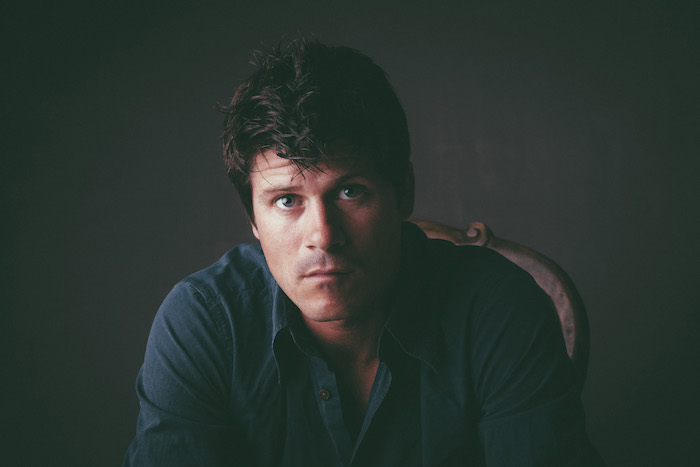 On Tour With Robert Plant This Fall

Hear the first single “Divided We Will Fall” here.

As he continues his worldwide tour with Robert Plant—both as a member of The Sensational Shape Shifters and as solo opener—charismatic singer-songwriter and multi-instrumentalist Seth Lakeman has confirmed the release of his stunning, ninth solo album The Well-Worn Path out October 26 via Cooking Vinyl. The first single is the standout, upbeat track “Divided We Will Fall.”

The Well-Worn Path was recorded in Seth’s garden studio in January 2018 on a short break from touring with Plant and the Sensational Space Shifters. It is a return to a no-nonsense, organic, classic folk-rock approach with hints of Fairport Convention, Neil Young, Nick Cave and Billy Bragg. Plus Lakeman’s trademark foot-stomping, fiddle bow-shredding and soaring vocals.

Constantly exploring and moving forward musically, Seth says “This ninth CD is quite different from my previous album, with more of a prog-rock approach. My last record was a deliberately understated Americana set, but this one is more rocking.”

Amongst many highlights, the new album features two of Lakeman’s signature, story-telling songs, based upon West Country characters. Stand-out “The Educated Man” pays homage to a teacher called Tommy (and, in effect, a paean to teachers everywhere). And “knock-out” track “Fitzsimmons Fight” about Cornish world heavyweight boxer Bob Fitzsimmons, born in Helston, and a bloody, two-hour, bare-knuckle bout that is the stuff of legend.

Elsewhere on The Well-Worn Path, Seth explores new territory with the angst of fading love in “She Never Blamed Him,” augmented by an aching fiddle solo and gentle backing vocals from Kathryn. The stripped-back violin and viola and close mic’d vocal approach shines too on the haunting “Bright Smile” and “Lend a Hand,” a thoughtful message-laden song urging us “Carry your burdens as far as you can.”

Multiple BBC Radio 2 Folk Award winner and Mercury Music Prize nominee Seth is one of folk and roots music’s real innovators. His albums continue to break new ground and his enviable live reputation has seen him grace stages the world over. He will be out playing these new songs for his UK fans in November, whilst will still hopping back on and off the Robert Plant touring juggernaut.

“Robert contacted me out of the blue to play on his latest album “Carry Fire” and then, asked me to join his band The Sensational Space Shifters. Even better, he invited me do the solo opening slots at mega gigs all over the world too,“ comments Seth. ”I love playing with Robert. He is such a gracious man and still regarded as the best rock singer in the world. It’s a dream come true to play next to him and his incredible world-class musicians.”

“But my heart lies truly in my own music and this is what I will always return to – and have tried to capture on The Well Worn Path.”

Seth Lakeman On Tour With Robert Plant (opening for * dates)