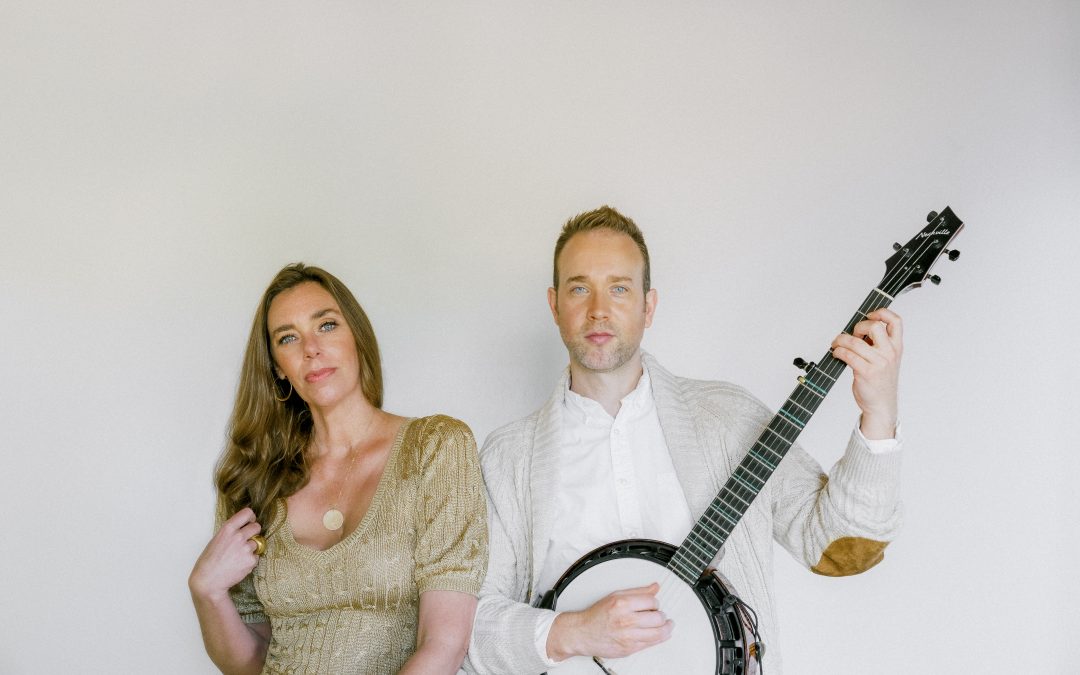 A gorgeous effort, with Bryan and Kate succeeding in bringing their unique musical voices together to create something truly unusual. – Béla Fleck

“It was like time stopped.” Kate Conklin still remembers the first time she heard the Bulgarian Women’s Choir. “I’d been studying music for years at that point, but this was unlike anything else I’d encountered,” she recalls. “It was the most shocking, striking, gorgeous thing I’d ever heard.”

That moment would change Conklin’s life forever, setting her on a course that would take her halfway around the world and eventually lead to the release of Mesechinko Ljo, or Dear Little Moon, the stunning debut duo album from Conklin and longtime partner/collaborator Bryan Landers due out May 21 on Cerulean Records.

Built around lush, mesmerizing arrangements for voice and banjo, the record is a transfixing work of profound beauty and deep reverence, a transportive musical journey that balances wild abandon and delicate precision in equal measure.

Mesechinko Ljo explores the depth and breadth of the Bulgarian folk tradition. Hard as it may be to believe listening to it, neither Conklin nor Landers actually hail from Eastern Europe; the two are in fact Americans who have devoted much of their adult lives to studying the music of the Balkans (Conklin earned a Fulbright Scholarship to travel to Bulgaria and learn straight from the source), and that deep passion and reverence is on full display here.

Bulgaria’s rich and storied past is written between the lines on the record, with songs drawn from across the nation’s many culturally and geographically distinct regions, but the collection is far more than just a time capsule or travelogue. Conklin’s vocal performances are a reflection of her two decades of singing the highly resonant and ornamented folk music of Bulgaria, and Landers’ instrumental settings are extraordinarily innovative and adventurous, utilizing a variety of unusual techniques to craft intricately textured sonic landscapes inspired by the melodies, lyrics, and history of each song. The result is an album that’s at once traditional and groundbreaking, a virtuosic cultural exploration that transcends beyond mere tribute to achieve something genuinely revelatory.

While the album’s liner notes include translations for each of the tunes, the vivid emotion in Conklin and Landers’ performances ultimately transcends language. The songs on Mesechinko Ljo may seem complex and sophisticated to American ears, but they’re rooted in a fundamental humanity that knows no borders. It’s easy to hear the longing and desire in the melodies, to hear the strength and determination in the lyrics, to hear the bittersweet pain of loss and the raucous joy of celebration in the delivery. It’s easy to hear how this music could change your life.