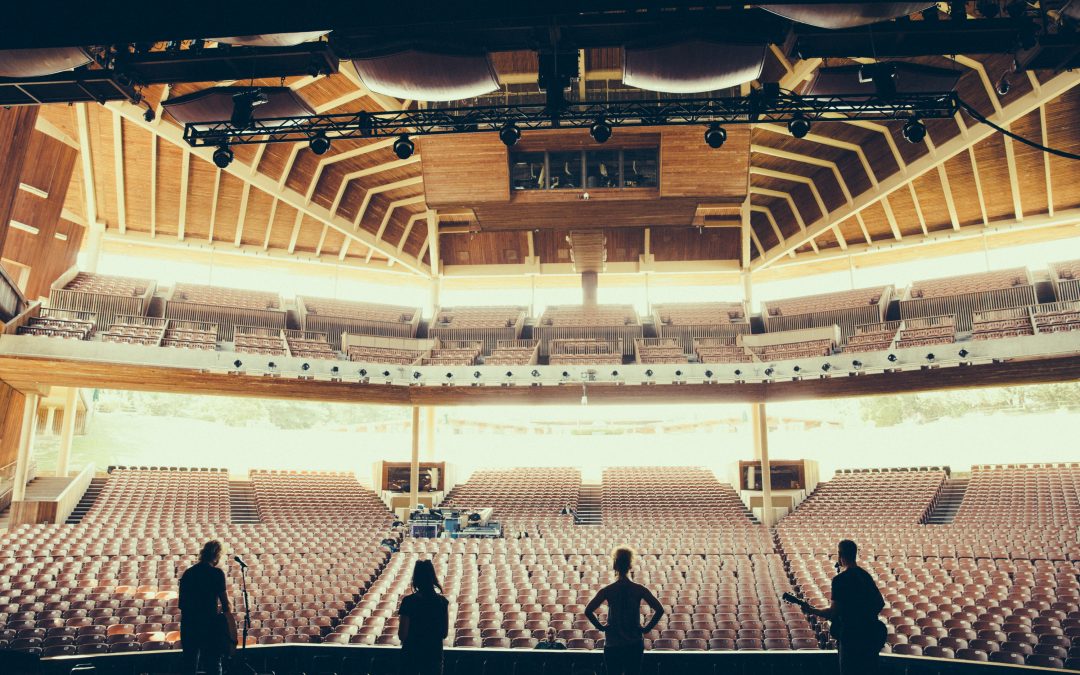 Vienna, Virginia (April 27, 2021)  — Wolf Trap Foundation for the Performing Arts announces plans to  welcome audiences back with its first set of concerts for summer. Re-emerging from a one-year pandemic closure of the Filene Center and Children’s Theatre-in-the-Woods, Wolf Trap will celebrate the 50th anniversary season at Wolf Trap National Park for the Performing Arts with its first live music performances since December 2019. Announced concerts are for June and July; additional information regarding concerts for August and September will be announced at a future date.

On July 1, Wolf Trap Foundation and the National Park Service will mark the Semicentennial of the inaugural performances at the Filene Center with a special anniversary concert, Fifty Years Together: A Celebration of Wolf Trap, featuring the National Symphony Orchestra under the baton of JoAnn Falletta and an all-female cast of special guest artists including Broadway and film star Cynthia Erivo, world-renowned soprano and Wolf Trap Opera alumna Christine Goerke, and silver medal winner at Van Cliburn International Piano Competition Joyce Yang. The gala concert pays homage to Wolf Trap Foundation’s Founder, Catherine Filene Shouse, a champion of the arts and of the advancement of women, with a program celebrating the breadth and spirit of the opening Filene Center gala concert that took place on July 1, 1971.

In the days leading up to the gala anniversary concert, and in recognition of the heroic efforts of community healthcare workers and educators over the past year, Wolf Trap will offer four free concerts for area frontline healthcare and education workers and volunteers beginning with the Wolf Trap debut of Marin Alsop conducting the National Orchestral Institute Philharmonic (June 24) followed by three different performances by “The President’s Own” United States Marine Band ensembles Free Country (June 25), Big Band (June 26), and in concert with Celebrating 50 Years at Wolf Trap (June 27).

“Since opening in 1971, concerts at Wolf Trap have helped define the summer for generations of music lovers. Our pandemic intermission is nearing its end, and the resumption of concerts can finally begin – an important first step forward for us all. We couldn’t be happier to welcome patrons back to Wolf Trap this summer, as we celebrate the 50th anniversary,” said Arvind Manocha, President and CEO of Wolf Trap Foundation for the Performing Arts. “For our initial summer 2021 shows, we celebrate 50 years of being part of the community, 50 years of uniquely broad programming, 50 years of partnership with the National Symphony Orchestra, and 50 years of nurturing the next generation of artists and audiences. As we look toward the future, we will continue to serve as a place where the public can gather together to enjoy nature, experience the arts, and build special memories – a place where everyone is welcome.”

In addition to celebrating the 50th anniversary of the Filene Center, 2021 marks the 50th anniversary of partnership with the National Symphony Orchestra (NSO). In recognition of this milestone, and of the NSO’s special status as Wolf Trap’s longest artistic partner, the first part of the 50th anniversary season features a focus on the NSO with an extended residency. The NSO summer season performances will include Beethoven and Bologne (July 8 + 9), featuring Beethoven’s Symphony No. 7 and Bologne‘s Violin Concerto in A major, played by Italian violinist Francesca Dego under the direction of Jonathon Heyward; plus beloved American stage and screen actor and singer Norm Lewis (July 30 + 31), who will join the orchestra to perform some of his favorite songs from Broadway.

The renowned Wolf Trap Opera (WTO) continues its tradition of welcoming the very best emerging talent to Northern Virginia for an intense summer residency program, and as a part of the 50th anniversary season, all of its public performances will be at the Filene Center. All three WTO projects at the Filene Center will be helmed by female directors. The season kicks off with Bologne’s 1780 chamber opera The Anonymous Lover (L’Amant Anonyme) in Concert (June 18). This rarely staged work will be performed in collaboration with the NSO (Geoffrey McDonald, conductor) and is directed by Kimille Howard (June 18). On July 2nd and 3rd, Emma Griffin directs Stephen Sondheim’s Sweeney Todd: The Demon Barber of Fleet Street in Concert, also in partnership with the NSO (Roberto Kalb, conductor); a special double bill of Viardot’s Cinderella (Cendrillon) and Holst’s Sāvitri in Concert (July 16) will be performed with Wolf Trap Orchestra conducted by Kelly Kuo and directed by Amanda Consol; the WTO Filene Center offerings conclude with STARias: Opera’s Most Powerful Moments (July 23) featuring Wolf Trap Opera alumni Tamara Wilson (soprano), Michelle DeYoung (mezzo-soprano), Paul Groves (tenor), Ryan Speedo Green (bass-baritone), and others performing some of opera’s most beloved arias from Tosca, La bohème, La traviata, Rigoletto, Faust, and more.

Wolf Trap Opera will welcome internationally acclaimed bass Morris Robinson as the 2021 Filene Artist- in-Residence. Robinson, a graduate of The Citadel and the Boston University Opera Institute, was a member of WTO in 2003 and 2004. Having gone on to a career featuring regular appearances in the top opera houses around the world and with the leading orchestras of our time, Robinson is particularly well suited to work with WTO’s singers on artistic and career preparation. As part of his residency, Robinson will be conducting a public master class on June 10.

Wolf Trap Opera will also stream digital programs this summer including the perennial favorite Aria Jukebox beginning July 10, and the new Salon Series: Intimate Evenings of Song, which offers a unique glimpse into how some of this summer’s artists interpret art songs and the world around them.

“During the pandemic, people rediscovered and enjoyed Wolf Trap as a beautiful national park for fun outside, but nothing says ‘Wolf Trap’ like live performances,” George Liffert, Superintendent of Wolf Trap National Park for the Performing Arts, said. “The National Park Service’s longstanding partnership with the Wolf Trap Foundation makes this harmony of arts and nature possible, and we are looking forward to celebrating the Filene Center’s 50th anniversary with old and new friends.”

Launched on April 6, Ellen Reid SOUNDWALK welcomed guests to enjoy a musical experience at Wolf Trap National Park for the Performing Arts before the live performances begin. Running through Sept. 6, the free immersive art installation created specifically for Wolf Trap brings together music, nature, and technology, and can be experienced on the park’s trails while following social distancing guidelines. After downloading the free app on their smartphone, all visitors need are headphones, good walking shoes, and a sense of wonder.

Wolf Trap Foundation and the National Park Service have worked closely with local, state, and federal government and health officials to ensure the re-opening follows all current health and safety guidelines in order to welcome the public back to the Park for live performances as safely as possible. This summer, the Filene Center will operate at a reduced capacity with socially-distanced pod seating, a federal mask requirement, and other measures for everyone’s safety. Health and safety guidelines are subject to updates and change. Please check Wolf Trap’s 2021 Health and Safety Policies and Guidelines for the most current and up-to-date information.

Additional performances in August and September, as well as information regarding any previously re-scheduled concerts for the same period, will be announced at a future date.