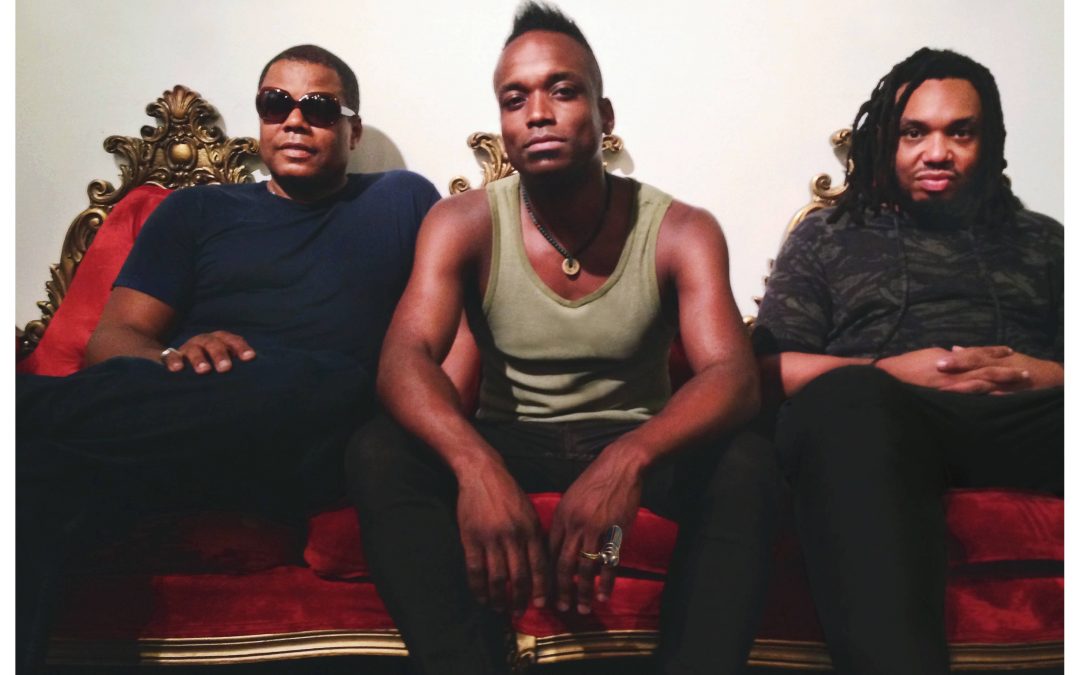 Turbulent Times to be released May 24

of The Roots and Ricc Sheridan of Earl Greyhound

“Captain” Kirk Douglas fell in love with the sound of a guitar on his very first strum years ago. Since then, he’s led a life fueled by the rock ‘n roll he grew to embody, serving as lead guitarist for legendary hip-hop group The Roots for over a decade and collaborating with a coterie of musical legends from Joe Jackson to Elvis Costello and more. But after two years of writing and recording a collection of his own tracks, Kirk Douglas comes alive on Turbulent Times (out May 24), his first full-length solo release as Hundred Watt Heart, assisted by fellow instrumentalists Mark Kelley (bassist for The Roots) and Ricc Sheridan (drummer for Earl Greyhound). With the humble hope of relating to somebody, anybody — “[This is] worth doing for that one person,” Douglas says — he presents Turbulent Times.

Across eight tracks, Douglas offers up chapters of his life. The music always comes first for Douglas, but he says that “the songwriting process is basically spending quiet time with yourself,” so each pairing of music and lyrics has been carefully curated to Douglas’ own experiences.

Extracting the flavor out of fleeting moments that pass him by, he presents a selection of soul-deep songs thrumming with the classic rock Douglas handles with a combination of poise and power. “Whatever the music is making me feel, I’m going to write towards,” he explains. “I’m going to write in that direction.” The inspiration for Turbulent Times runs the gamut from life to death and the limbo that bridges them. On the heavy, raging “Uma,” for example, the lighter side of life and love is explored through rock-drenched instrumentation. The same subject matter is broached on the album’s conclusion “Our Year,” though sonically, Douglas and the band step back from their electric ledge to deliver cinematic sweetness that spends its time swaying until it rises to soaring heights later, courtesy of steady percussion and Douglas’ complex guitar work. On album opener “Turbulent Time,” Douglas delivers classic texture in his strum work — just him and his guitar, as he often likes it — before the track devolves into a smash of searing rock.

This push-and-pull, a tug-of-war between rock and rage, life and death, and soft and heavy, abounds on Turbulent Times, a fact not lost on Douglas who says part of the reason he’s drawn to his chosen instrument is because “there’s a range of textures that you get with the sound of a guitar that each touch upon different emotions.” Turbulent Times isn’t a single-layered album. There’s no one thread that links one song into the next except, of course, for Douglas’ guitar. With it, he captures the emotions and memories he’s endured over the last few years since he first started working on the album — recorded at none other than the “infinitely inspiring” Electric Lady Studios, built by Jimi Hendrix and home to some of today’s most influential rock records. Recording Turbulent Times was a bucket list item for Douglas, who found himself in awe of the atmosphere of such a legendary site for music, so the magic of Electric Lady certainly embeds itself in the record and now in Douglas himself.

Turbulent Times and the Hundred Watt Heart project mark Kirk Douglas’ humble re-introduction beyond his esteemed sonic collaborations. Assisted by his talented band and fueled by his desire to leave something special behind to call his own once he’s gone, he weaves the next tier of his legacy. He may already be a spellbindingly accomplished guitarist with a lengthy body of work to prove it, but Douglas has a lot left to say and a lot more to play. As he tells it, “I owe it to myself. I owe it to rock music.”