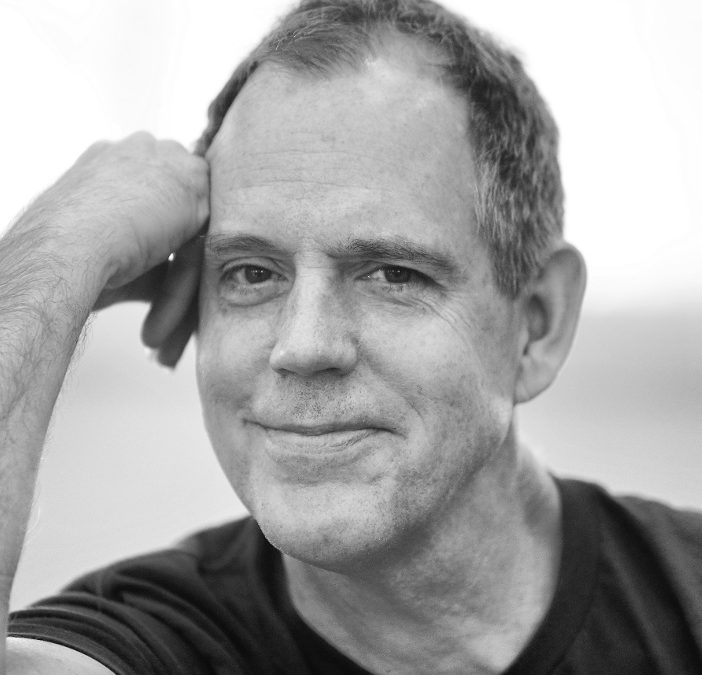 Thirteen new songs on The View From The Edge, Out May 11, speak to our journey through life and the mystery of inspiration

Listen to album track “We Make The Way By Walking” here

Those who know David Wilcox‘s work know how exhaustively he pours his heart and soul into his songwriting and recording. It’s his technical ability and meticulous craftsmanship that elevate this work, as he employs an impressive repertoire of tunings and cut capos in his unique approach to the guitar. More than anything, however, it is the intimate storytelling and the deeply held messages of Wilcox’s lyrics that are taken to heart and held so closely by his listeners. On May 11 the beloved singer-songwriter returns with The View From the Edge, his first album since 2014’s Blaze. It’s an album that reflects four years of thinking, writing, crafting, playing and life.

“This record feels like a first record because I had so many songs to choose from,” Wilcox explains. “I had kind of given up on making records: People don’t buy shiny discs, music is free and who cares, right? I have always loved playing live, and that’s how I earn my living, so I didn’t see the logic in spending all that money to make more shiny disks.” So David was pleasantly surprised when his loyal audience stepped up and funded the new album through an Indiegogo campaign. They love hearing their favorites, but they still wanted new music!

While Wilcox almost always tours solo, which suits those listeners just fine, this album, like many of his others, benefits from his collaboration with other musicians and vocalists. The arrangements and production provide the perfect canvas for David’s characters to come to life. The result is a powerful collection of thirteen songs, produced by Wilcox, that are a tonic for these times.

Every week or so a thankful fan writes to David to tell him that a song he wrote changed their life. Fans and other songwriters flock to his Wilcox Weekend to discuss music, philosophy, creativity, spirituality and life. While it’s always rewarding to know that the music serves its purpose and provides direction, David avoids taking credit. As he says, it’s the songs that do the work. It’s the guitar that brings the message.

On this new record, in songs like “Everything I Know, I Think” and “He Saw The Water,” narrators finally question their false assumptions. There are songs about setting out anew, such as the desperate yet still uplifting “We Make The Way By Walking.” In the song “Santiago,” a long walking journey has lessons for a life well lived. Then, in the song “The Secret Well,” there are the seekers who find their way only by choosing to wander from the path.

Wilcox takes life navigation seriously. He has to. Depression runs deep in the Wilcox family, and David is convinced that without music to guide him, he would have fallen into that abyss. In “Forest Fire” he skillfully blends lyrical imagery of a conflagration, as a metaphor for that kind of paralyzing depression, which haunts the narrator. “Chain of Anger,” long a favorite at David’s live shows, makes its recording debut on this album, with a haunting arrangement by Nashville musician Sam Ashworth. The song pulls no punches with its brutal and incisive narrative about putting a stop to the rage so often passed from father to son. It’s clear from one listen that David and his wife Nance would raise their own son from a place of love and understanding.

David Wilcox finds inspiration wherever he looks. The songs in turn provide inspiration to longtime listeners as well as those finding him for the first time. It’s in the song and the craftsmanship; it’s medicine for the soul; it’s story; it’s a restless spirituality.

Whatever it is, it serves many purposes, even for the songwriter himself. “All these songs are the blazes on the trail, the stuff I need to hear in order to remember on a daily basis,” he says, acknowledging his own path. “It would have been easier if I could have heard these songs 20 years ago, but that isn’t how it works. I had to live it to be able to sing it.”