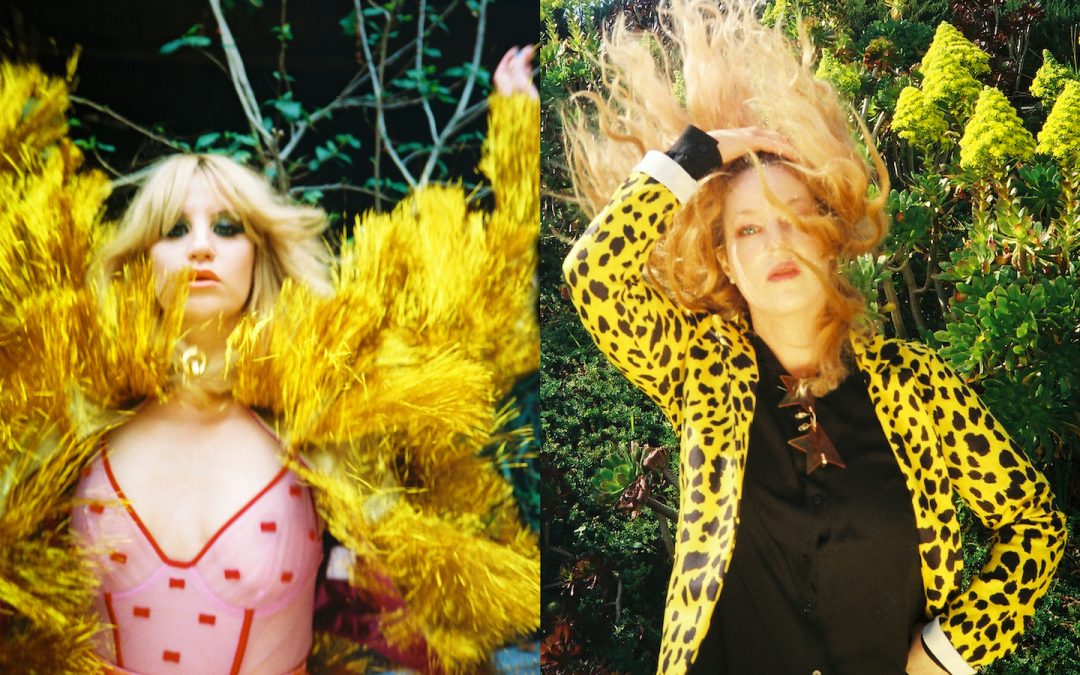 Taken from the AMERICAN COCKROACH EP, out June 18

Deap Vally, the Los Angeles-based duo comprising Lindsey Troy and Julie Edwards, today release a new single, I Like Crime, feat. Jennie Vee (Eagles of Death Metal), taken from their upcoming American Cockroach EP, which is due for release on 18th June (Cooking Vinyl). The single, which premiered on BBC 6Music yesterday, is the second to be taken from the new EP, which continues a tradition of collaborations between Deap Vally and other artists that began with their 2020 album collaboration with Flaming Lips as Deap Lips.

Deap Vally say of the collaboration, “Jennie Vee, as it turns out, is our perfect partner in crime. We had so much fun jamming out and then creating this song with her. She is SUCH a total shredder. As the song formed, it ended up being about the nuances of right and wrong, legal and illegal, and the compulsion we all have to ultimately do what we will.”

Says Jennie Vee, “Recording with Julie and Lindsey felt very fresh but natural at the same time. It was the first time I had experienced jumping into the studio to vibe out ideas that would lead to a fully finished song so quickly. Getting started is often the hardest part in the songwriting process, but in this case with the three of us, we just had to show up that day and from there the music took over as our guide. Then it was up to us to piece it all together. ‘ I Like Crime ’ stands out to me as groovy but urgent, a juxtaposition of mood. It rocks, I had a lot of fun, and would show up for Deap Vally and the music any time!”

The American Cockroach EP follows Deap Vally’s recent Digital Dream EP and was co-produced by the band with Josiah Mazzaschi (Jesus & Mary Chain, Idles) at The Cave Studio, Los Angeles. As well as the song with Jennie Vee, the EP also includes a collaboration with Ayse Hassan (Savages).

Deap Vally explain that the EP, “is a collection of songs we’ve been working on for a while that run the gamut from deeply personal, to outright satire and everything in between. These are songs for the underdog, the outlaw, the defeated, for days when you feel like no one understands you or you can’t do anything right.”

Troy and Edwards have always relished the challenge of working within the limitations of being a two-piece, but after two records (Sistrionix, 2012 and Femejism, produced by Nick Zinner of Yeah Yeah Yeahs, 2016) and years of touring as a duo, they felt an urge to reinvent their writing and recording process, and sought collaborators to break the tie and allow for an organic, majority-rules creative process. They released the Deap Lips collaboration with Flaming Lips in 2020, and worked on songs for the recent Digital Dream EP with jennylee (Warpaint), KT Tunstall and Peaches, Soko and Jamie Hince (The Kills). Finally addressing the eternal question, “Will you ever add a third member?”, they decided it would be more of a creative adventure to collaborate with a bunch of different artist friends rather than commit to one.

The result is a true creative renaissance for the duo, more liberating than they could ever have imagined.

I Like Crime feat. Jennie Vee (Eagles Of Death Metal)

Better Off With Nothing feat. Ayse Hassan (Savages)