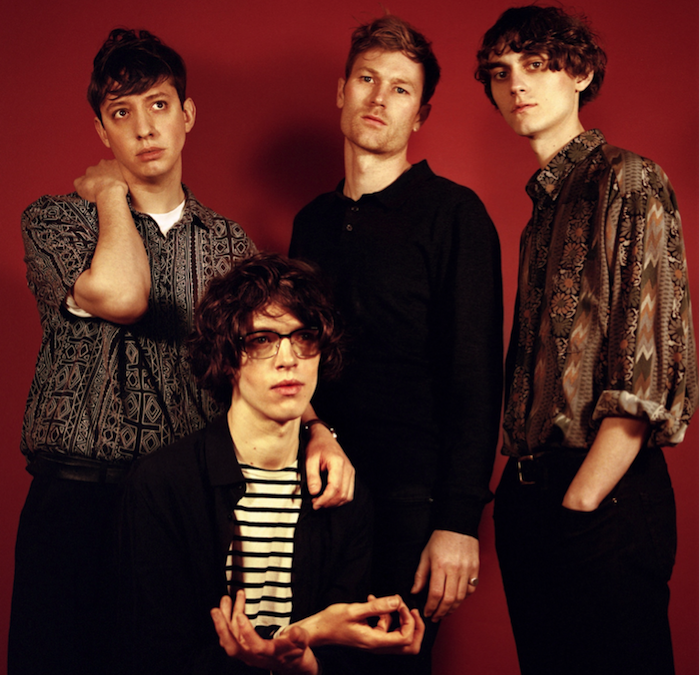 FESTIVAL APPEARANCES UPCOMING AT ALL POINTS EAST, TRUCK, FESTIVAL NO.6 AND MANY MORE (TICKETS)

“A record that places Gengahr in a realm of truly special British bands.” – Dork

The band teamed up with fast-rising director Jamie Whitby for the clip, having previously worked together on ‘Before Sunrise’ – following teenage moped gang Anfa Riders around their native Morocco.

‘I’ll Be Waiting’ was filmed closer to home, during early Spring in London, and is a multi-disciplined affair – combining animation with footage of real life couples to explore the intimacy of modern relationships, while also considering the heartache of lost love.

“It was pleasure teaming up with Jamie Whitby again, and I’m proud we were able to make a beautiful film that celebrates the power of young love by finding real people captivated by one another to the point they almost share the same breath, living an intimate life in stereo.”

It continues an exciting return for Gengahr – previous single ‘Before Sunrise’  enjoyed regular rotation at BBC Radio 1and was playlisted at 6Music, and exceptional comeback tracks ‘Carrion’ and ‘Mallory’ – both of which offered a compelling insight into the world the band have created with Where Wildness Grows – championed by the teams at Spotify, Apple Music, Radio X, Radio 1 and BBC 6 Music – where ‘Carrion’ reached the A-list.

Furthermore, the band recently completed the UK/European Where Wildness Grows Tour – with a run of sold out shows and a milestone performance at London’s Koko, described as a “pure delight from start to finish”.

The band will soon start an impressive festival run which includes appearances at; All Points East, Truck, Festival No.6 and many more – with full upcoming live dates, below;

Where Wildness Grows was recorded in London during summer 2017 by producer Neil Comber (Glass Animals, M.I.A, Songhoy Blues) and follows their much-acclaimed debut, A Dream Outside.

Where Wildness Grows is out now on CD, LP, limited edition cassette and digital.

Gengahr formed at school in North London in 2013. Their debut album, A Dream Outside saw them secure multiple playlists across BBC Radio 1, BBC 6 Music and Radio X, pick up a number of dazzling reviews and play numerous stunning shows alongside the likes of Wolf Alice and Alt-J and play to packed tents at both the Glastonbury and Reading & Leeds festivals.