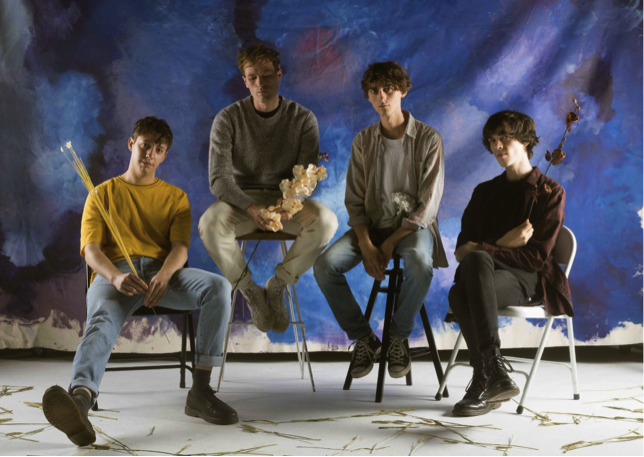 Psych-pop with heavy emphasis on the pop – The Guardian

Gengahr have an eye for the fantastic – DIY

Critically acclaimed UK indie band Gengahr have unveiled the stunning video to ‘Before Sunrise,” the lead single from their highly anticipated new album, Where Wildness Grows, out March 9 on Transgressive Records.

Shot in Casablanca by fast-rising director, Jamie Whitby – the video features teenage moped gang, The Anfa Riders who’ve found their own take on the #bikelife movement with the help of a national glut of cheap import mopeds. Referring to themselves as ’stunters’, they gather in huge groups on the outskirts of the city and away from the authorities who confiscate their bikes on sight. This video is a snapshot of their universe, a celebration of the sense of freedom and weightlessness that we seem to lose as we get older, found in a corner of the world where you might not think to look.

Gengahr’s sophomore album Where Wildness Grows was recorded in London during summer 2017 by acclaimed producer Neil Comber (Glass Animals, M.I.A, Songhoy Blues) and follows their much-acclaimed debut, A Dream Outside.

Gengahr, featuring Felix Bushe (vocals/guitar), John Victor (guitar), Danny Ward (drums) and Hugh Schulte (bass), formed at school in North London in 2013. Their debut album, A Dream Outside saw them secure multiple playlists across BBC Radio 1, BBC 6 Music and Radio X, pick up a number of dazzling reviews and play numerous stunning shows alongside the likes of Wolf Alice, Alt-J and Circa Waves and play to packed tents at both the Glastonbury and Reading & Leeds festivals.

‘Before Sunrise’ is currently on regular rotation at BBC Radio 1 and follows exceptional comeback singles ‘Carrion’ and ‘Mallory’, both of which offered a compelling insight into the world the band have created with Where Wildness Grows, championed by the teams at Spotify, Apple Music, Radio X, Radio 1 and BBC 6 Music – where ‘Carrion’ reached the A-list.

The band are also excited to announce the second edition of their Gengahr Gallery, following the success of 2015’s event. The exhibition will feature original artwork from the band’s Hugh Schulte – alongside pieces from members of Slaves, Alt-J, Toothless, Puppy – and runs from 14th – 20th March at A-Side B-Side, Hackney, London.

Furthermore, having completed a tour in Europe supporting Jungle at the end of last year and their own intimate headline show at Omeara – plus a wall-bursting performance at their local Sake Bar for 50 die-hard fans – the band are set to embark on their own upcoming UK and European headline dates – including a milestone show at London’s Koko.

US DATES TO BE ANNOUNCED SOON.