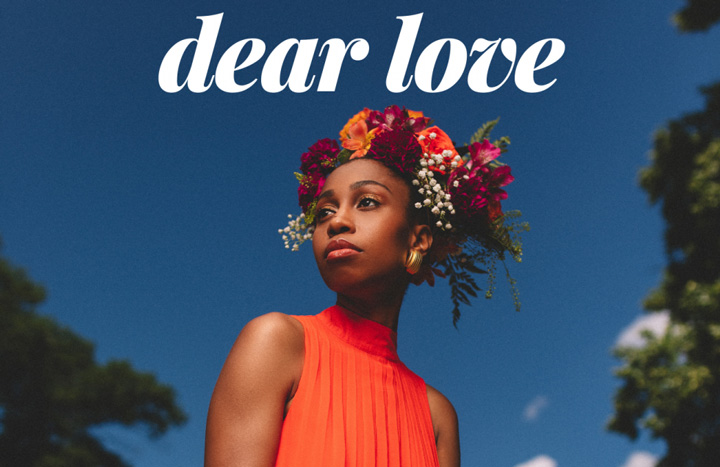 From the forthcoming album Dear Love Out Sept 10

Listen to the single here

Hear previously released single “Lover Come Back to Me” here

Jazzmeia Horn and Her Noble Force have released “Let Us (Take Our Time),” the second single from her highly anticipated forthcoming album Dear Love, due September 10. The album marks her first big-band effort, a recording that brims with the combination of her assured delivery and spoken word segments, deft arrangements and fiery musical ideas.

While the album, to be released on the vocalist’s own Empress Legacy Records, functions as a platform for Horn to showcase both her perception of the world and her endlessly unfolding talents, it also granted the composer a setting to expound on personal experiences, shuttling them through a sui generis musical prism.

The 15-piece Noble Force ensemble Horn put together for Dear Love revolved around her regular rhythm section — pianist Keith Brown, bassist Eric Wheeler and drummer Anwar Marshall — which had played the tunes collected here in different arrangements while on the road. Saxophonist Bruce Williams on alto and leading the sax section also was indispensable to the album’s full realization.

Pianist Sullivan Fortner — who’s earned acclaim as a bandleader, as well as a savvy accompanist — has had a front-row view of Horn’s development as an artist. And while Dear Love arrives as an essential artistic statement from the vocalist, after a decade of friendship with the singer, he hears something very familiar.

Jazzmeia Horn and Her Noble Force will perform a series of album release shows and New York City’s Joe’s Pub November 16-20. Tickets are on sale and available here.