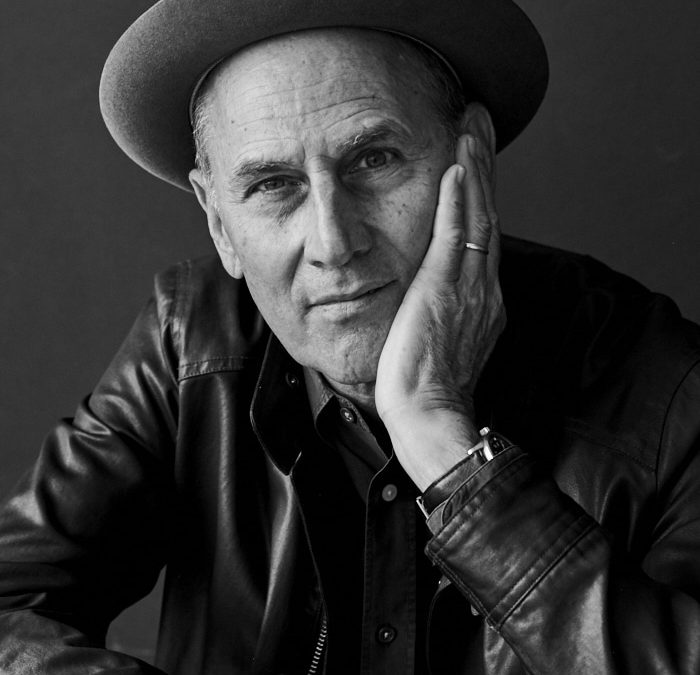 Listen to the first single here

Acclaimed singer-songwriter Jim Keller has released his new album Spark & Flame, the follow up his highly praised 2021 release By No Means. Long known from his time as the lead guitarist and chief songwriter of San Francisco band Tommy Tutone, (“867-5309/Jenny”), and years managing Phillip Glass and others, Keller has, unexpectedly, found himself in the midst of a bona fide late-career renaissance.

For the past 15 years, Keller has organized a weekly jam session in New York, first in the back of a carpet factory in Williamsburg, Brooklyn, and more recently, in a warehouse building underneath the Brooklyn-Queens Expressway that rents out rehearsal rooms to musicians. Keller’s tiny space is stuffed with gear and hung with string lights to add a little atmosphere.

One of the mainstays of the jams is Minkoff, a composer, arranger and multi-instrumentalist. Minkoff has a good feel for Keller’s material, and over the years, he noticed there were cool songs that got played once at a jam and then disappeared. Keller’s last record, By No Means, a spare, intimate set of songs produced by Mitchell Froom, was made up of new material that Minkoff had never heard. After a while, he wondered, ‘What happened to those other songs?’

One day, Minkoff made a home demo of a Keller tune that he especially liked, “Spark & Flame.” He sent it to Keller, who responded enthusiastically and said, “We’ve got to make a record!” The result is Keller’s new album.

For Keller there’s no time to waste. “If I don’t do this stuff now, when am I going to do it? And I love it. It’s ridiculous to me to be in a room with other musicians.” Keller is a man making up for lost time. He came back to songwriting 17 years ago, in his early fifties, after breaking with music making for a decade.

When Minkoff agreed to produce Keller’s new record, he wanted to bring a more varied sound environment to his music—less guitar party, more instrumentation and layers. Keller was used to recording live in the studio with minimal overdubs, but he trusted Minkoff. “I gave Adam the keys to the Winnebago and said, ‘Let’s do it.’ He knew where it was going. I didn’t.”

With its eighth-note piano line and vocal harmonies, “‘Til The Water Drinks My Bones” is reminiscent of mid-period Beach Boys. “Blue Horizon,” with slide work by Tony Scherr, sounds like a lost Flying Burrito Brothers tune. “Magic” has an instant-classic vibe to it and a gorgeous guitar solo from guest Gerry Leonard. Another standout, “Bells of Notre Dame” is maybe the biggest arrangement of Keller’s solo career, with chiming guitars, echoing piano and mid-tempo verses that build to a soaring chorus. Yet the music retains off-the-cuff touches from Minkoff’s demos; he improvised a nasty guitar solo on opener “Falling Down” and had to learn how to play it for the record.

Byron Isaacs is a co-writer on every song on the record. And Keller’s voice has never sounded more commanding or full of emotion. Of his previous album, Keller said, “It’s almost like a character singing those songs. This record it’s me singing. There’s more sincerity in this record.”

After early pop stardom and a lot of hard knocks, Keller has arrived at a not-thinking-about-it-too-much attitude—the sort of approach that has often yielded the greatest rock music, from Neil Young to Dylan. He had to let go of the whole thing for a while and make a new life. Then, when he was free of all the music industry trappings and heavy expectations, he could listen to the creative urge piping up from his heart, and follow it. Just like at his weekly free-form jams.

“I can do anything I want now. What do I have to lose?” Keller says. “If I’m in a room and making music that makes everyone smile including myself, we’re doing something right.”