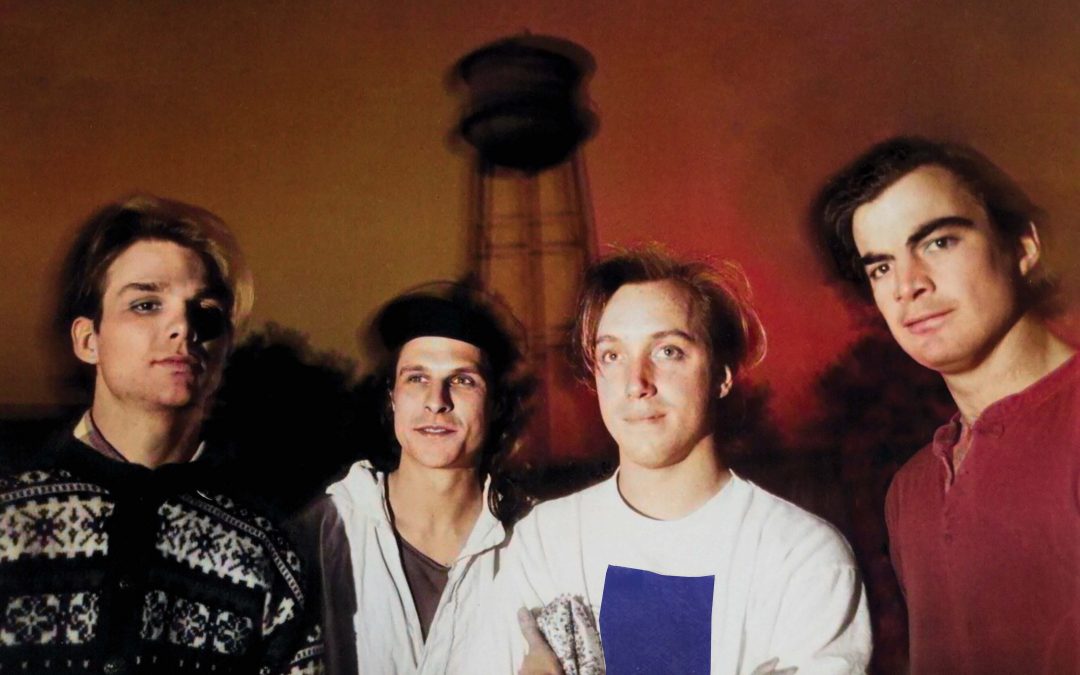 Art Rock pioneers and, along with the B-52’s, Pylon and REM, founders of the Athens, Georgia alternative music scene, Love Tractor, bookended the Eighties with two superb, unique records: 1982’s self-titled debut and 1988’s Mitch Easter-produced Themes From Venus, the band’s fourth album. Today, Propeller Sound Recordings is happy to announce an expanded, remastered reissue of Themes From Venus, set for release on March 18. The album will be available on black vinyl, indie exclusive opaque yellow vinyl, CD, and digital. (Expanded tracks available on CD and digital only). The first Single “I Broke My Saw (Long Version Mitch Easter Mix)” is out today. Hear the single and pre-save the album here.

For their third album, This Ain’t No Outer Spaceship, Love Tractor signed to RCA imprint Big Time. Their tenure was short-lived as the label folded not long after the album’s release. But the experience wasn’t without its benefits. “We actually learned a lot while arranging and recording the record, as we had our own process,” keyboardist Mark Cline says. “Now we were being coached by a producer. It really helped us when it came time to produce Themes from Venus; we weren’t bumbling around in the studio.”  Listening to the half-dozen bonus tracks helps to illustrate the bands newfound focus. Arrangements are tighter, tauter; as a result, one can hear the time spent getting the songs just right.

To produce Themes From Venus, the band chose Mitch Easter. “Mitch is like a member of the band; he knew all of our musical references,” says Cline. “He knew we wanted to make a unique album different from anything out there. He was not only a producer engineer but acted as a member of the band. We were friends before and even greater friends after.”

The band’s goal for Themes From Venus was simple. “Themes was meant to work as a whole, to be listened to as one piece of music,” Cline says. “We were very much digging back into our high school years, where an album communicated much more than bad production and a couple of singles. We really wanted the album to function like Bowie’s Low, with a rock side, and then a more aesthetic side. But one hitch was we couldn’t time the record (vinyl) so that Venice was on side A with all the rockers. We’ve fixed that with the CD rerelease.”

Indeed, Themes From Venus flows nicely from beginning to end. The first half offers up some great rockers, from the surreal opening track, “I Broke My Saw” through the psych-rock of the title track and the catchy-as-hell “Satan’s New Wave Soul Losers.” The second half finds the band diving into headier waters, where neo-Robert Fripp-styled guitar and pop-rock blend together on “Crystal World,” while the driving, hypnotic rock of “Venice” can’t help but charm the listener. Themes From Venus is a loud tribute to various rock stylings, sounding both seemingly familiar and yet foreign and new.

After the release of Themes From Venus, Love Tractor embarked on a healthy touring regime to promote the record, including a 60-date stint with The B-52s on their Cosmic Thing tour. Though the band went on hiatus in the early 1990s, they would return again in 2001 with their fifth album, The Sky At Night.

But the sound of Themes From Venus lives on, a rare jewel that captured a musical moment. As author Annie Zaleski states in her liner notes,

Themes From Venus presaged the future: Tame Impala’s blissed-out electro, thrumming ’90s post-rock, the success of freewheeling pop merchants such as Pixies. The title track’s zoned-out keyboard zaps, velvet saxophone and psychedelic vibe shapeshift like a colorful kaleidoscope; “Venice” channels the dark-light dichotomy of early Psychedelic Furs; and the beginning of “Satan” is a motorik churn, Kraftwerk revving a motorcycle. In the ’70s, art-rock’s self-serious vibe was part of its charm. On Themes From Venus, to hear that era’s experimental elements channeled as manicured ebullience is nothing short of pure pleasure. – Annie Zeleski, journalist and author

Themes From Venus remains a singular work, a bold and impressive statement that still sounds ahead of its time. “I love it,” says Cline. “I love the density of the record, it still sounds like nobody else—it flows from beginning to end. It’s our masterpiece.”