Maggie Roche of The Roches – A Retrospective 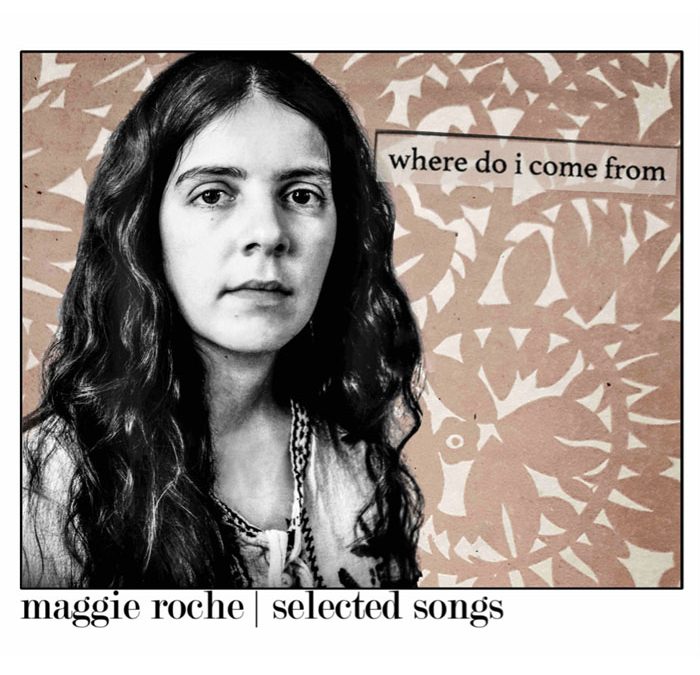 Where Do I Come From: A Moving Collection Of Songs By Maggie Roche To Be Released Oct 26

Where Do I Come From, a 32-track, 2CD collection of songs by Maggie Roche (1951-2017), will be released by StorySound Records on what would have been the beloved singer’s 67th birthday, October 26th, providing a immersive and poignant look at one of our most original American songwriters.

Maggie, who passed away in 2017 after a long struggle with cancer, was at the center of the long-running and much-admired music group The Roches, created with her sisters Terre and Suzzy. Maggie composed her songs for three voices, fashioning the signature sound of The Roches. Where Do I Come From spans her entire music career, from her 1975 duo album with Terre, through The Roches 2007 reunion record. The collection, which has been compiled in close collaboration with Suzzy, also features four previously unreleased recordings: “Stayin’ Home,” an early song that provides a snapshot of a young feisty Maggie as she ventures out into the world. “Down The Dream,” a live studio track recorded after word that Columbia Records had doubts about the progress Maggie and Terre were making in their recording sessions. (Another version of the song wound up on the 1975 duo album Seductive Reasoning, but this demo is classic, unedited Maggie.) “Where Do I Come From,” the title track, was found among Maggie’s things after her death and is most likely the last song she wrote. The newly recorded Christmas song, “Christmas Love,” was not written in time to make it onto We Three Kings, the Roches cherished 1990 Christmas album. Her family, in loving memory, sings “Christmas Love” for this collection.

“In the last weeks of Maggie’s life, we spent countless hours talking, laughing, crying, and reminiscing about our amazing journey together,” says Suzzy. “She asked me to take care of her music. One thing she told me several times is that she regretted not making a solo recording. In her absence, this is the closest I could come to fulfilling her wish.”

Maggie was a soft-spoken, radical soul who sought, above all, authenticity and freedom of expression. She’d have to be considered a feminist voice, well ahead of her time. Isolating her songs from the rest of The Roches catalogue further highlights her unique point of view. This release goes out into the world as a celebration of the life and music of a deep and bold, yet shy artist, whose sensitivity was so keen that the rigors of the music business and public exposure at times seemed to work against her devotion to her own art, which took a front seat to everything else.

Upon her death, Maggie’s listeners stepped forward to exclaim their deep connection to her through her music. Where Do I Come From is for those listeners as well as the many who have yet to discover her music

Suzzy Roche and Lucy Wainwright Roche and special guests (to be announced) will celebrate the music of Maggie with a special show at New York City’s The Sheen Center on December 4, Tickets / Info: https://bit.ly/2Mn7s4u

Track listing for Where Do I Come From