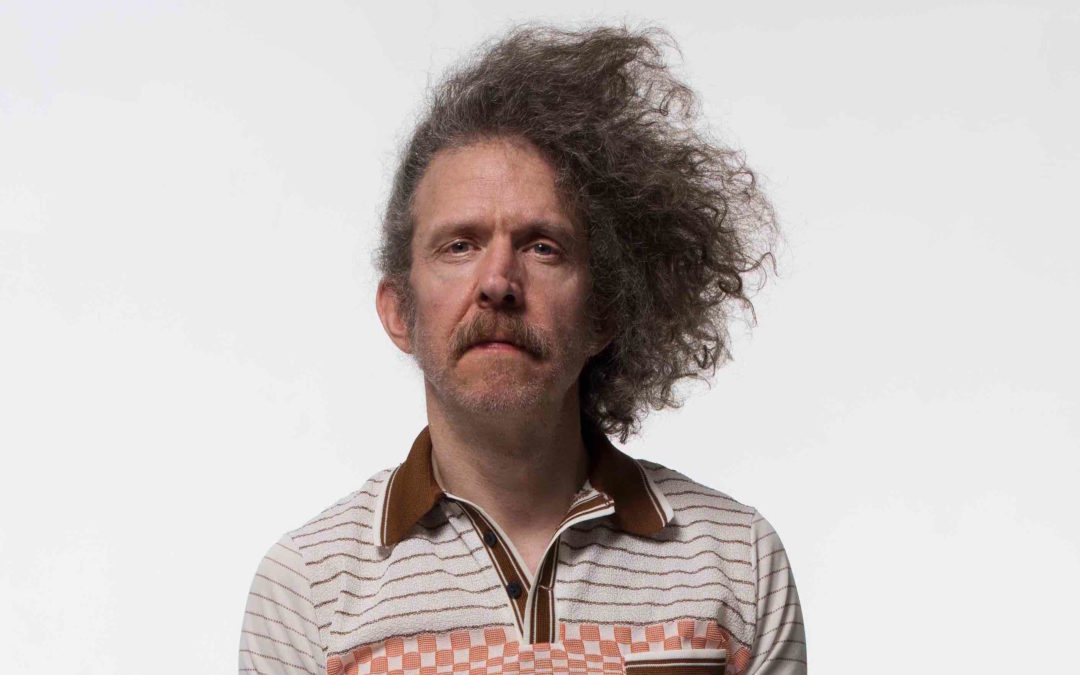 Martin Creed, the Turner Prize-winning artist long known for his playfully provocative work, will release a new album Thoughts Lined Up via Telephone Records on July 8. Recorded at ArtSpace, Brixton and mixed by Liam Watson at Toe Rag Studios, the album will be available on LP, Limited Edition LP, CD and as a download. The self-directed video for the album’s first single ‘Understanding’ is out now.

Watch the video for first single Understanding via The Guardian

“I think this song came from some arguments I had. People say it’s good to argue because your true feelings come out, and so it can lead to understanding. But feelings are like hair: you can’t choose what you have.

I argued with my hair for years. I tried to persuade it, I tried to deny it, and in the end I had to admit that I was wrong.

If you’re arguing with yourself and you realise you’re wrong, where does that leave you? Who wins? And what’s the best hairstyle for you?

I want to understand and I wish I could be understood. And I would love it if I could understand myself.”

“It’s called ‘Thoughts Lined Up’ because that is literally what it is, just all these bits – these thoughts – put in a row one after the other, trying not to worry about what they add up to. Most of it started as audio notes recorded on the Tube or in the street – just little everyday mantras that you say to yourself as you go along; things that come up in your head, and that help keep you going, or that sometimes you want to go away…” It’s this kind of unconventional spirit and friendly, mischievous iconoclasm that mark out much of Creed’s work. On ‘Thoughts Lined Up’, such concerns arrive borne along on the kind of earworm melodies that bore away long after the record has been put away. This makes for work that is as accessible as it is challenging – further testament to an ingenious individual for whom art, of whatever stripe, is a vehicle for the unswerving evocation of what it is to be alive. Indeed, if, as Walter Pater’s infamous epithet has it, “All art constantly aspires to the condition of music”, then Martin Creed might just be its living, breathing, freely thinking embodiment.

Wakefield-born and Glasgow-raised, Creed won the 2001 Turner Prize-Winner (for the infamous Work no. 227: the lights going on and off). His pre-eminence in contemporary British art was confirmed by the Hayward Gallery’s expansive 2014 Creed retrospective/takeover show, What’s the point of it? But that’s only part of the man’s protean CV. Indeed, he has maintained a complementary commitment to composing, songwriting and performing since the early ’90s, fronting bands of his own devising, releasing an impressive catalogue of singles, EPs and albums and consistently garnering plaudits from gnarled music critics and stellar musicians alike (members of Franz Ferdinand most vocally).

Creed’s visual art has often embraced sonic elements, such as the 1998 installation Work No. 189: thirty-nine metronomes beating time, one at every speed and 2009’s Work No. 1020 — a ballet, no less. Music, he believes, is a medium that offers something that art alone does not. As a glance at the biographies of John Lennon, Syd Barrett, Pete Townshend, Brian Eno, David Byrne et al will confirm, groundbreaking pop musicians have for decades cut their creative teeth in the world of visual art. “I got into the music because the visual work wasn’t enough… you hear things as well as see them… I like that you can make music in your head and carry it around with you. You’re freer. You’re not tied down by the burden of physical objects.”