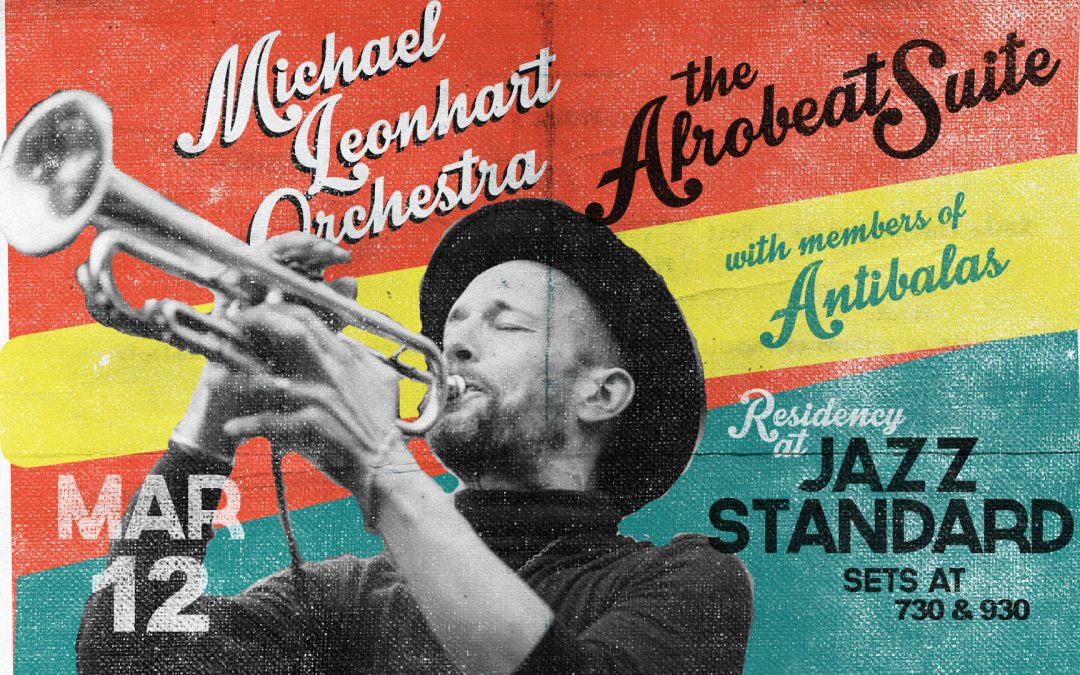 Grammy-Winning composer Michael Leonhart returns to The Jazz Standard on March 12th with his Fela Kuti-inspired “AFROBEAT SUITE.” The new show follows several sold out sets at The Jazz Standard, where Leonhart and his namesake orchestra creatively crafts themed compositions on the second Tuesday of each month.

AFROBEAT SUITE is a tribute to the West African musical style fused with American funk and jazz influences. It will feature current and former members of legendary Afrobeat band Antibalas including Stuart Bogie and Jordan McLean as well Dave Guy and Ian Hendrickson-Smith of the Roots/Tonight show band horn section.

“The depth and complexity of Afrobeat is a continuous source of inspiration for me, from a simple mood pick-me-up to a rally cry for change.” says Leonhart whose passion for Afrobeat extends far past his days performing with Antibalas in the award winning Fela on Broadway.

AFROBEAT SUITE blends the insatiable grooves and grit of James Brown, the timbres of West African music, the politically confrontational lyrics of the 1960s folk and protest movements, and the improvisational nature of 1960s jazz.

The Painted Lady Suite Available Via: