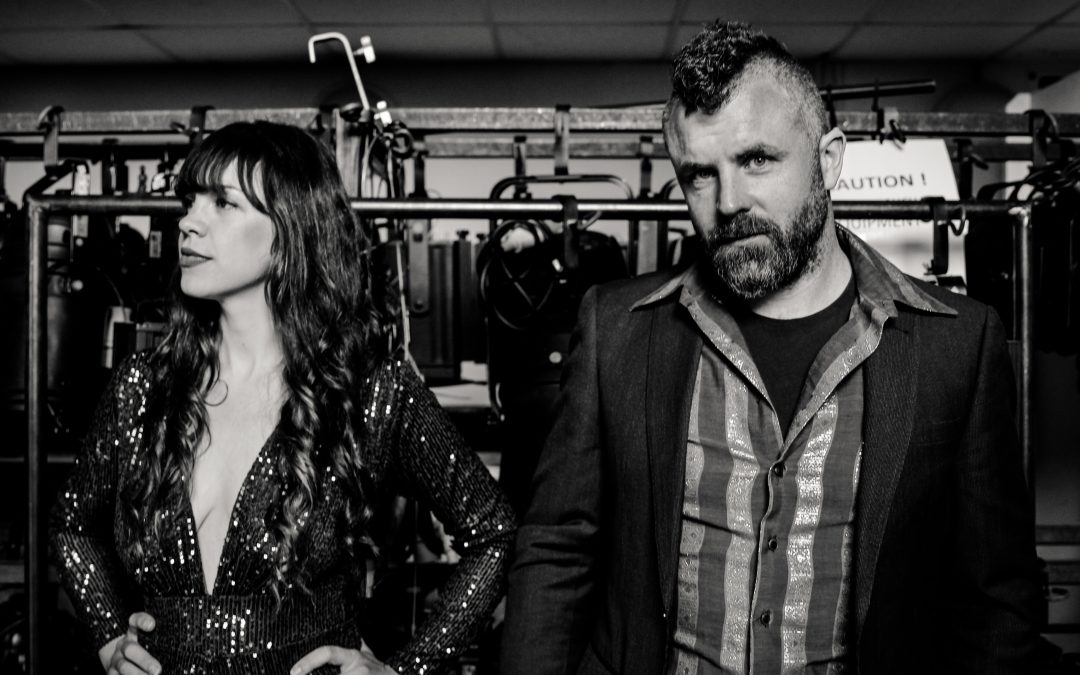 Mick Flannery and Susan O’Neill Announce New Album, In the Game, Out September 2021

Watch the video for the single “Chain Reaction” here

In a first for Mick Flannery, he and Irish newcomer, songwriter, and multi-instrumentalist Susan O’Neill have come together on a collaboration album In the Game.

Mick Flannery is one of Ireland’s most acclaimed songwriters and singers. The award-winning, double-platinum selling artist has released six studio albums, three of which reaching No. 1 status. His last offering in 2019 received high praise as his finest to date: ‘Mick Flannery has a voice for the ages, a complete Master of his craft’ cited by Clash Magazine, whilst The Sunday Times said he “conjures up exquisite story-telling’. In the Game, the new collaboration album out later in 2021 does not break this spell, as Flannery continues to deliver stories never heard before. This time with a story-telling partner, by way of the unparalleled voice of Susan O’Neill.

Having wowed huge festival stages over the past few years, Flannery has moonlighted with Irish dance band ‘King King Company’ and accompanied the queen of traditional music, Sharon Shannon, on her international tours. Susan has now spent the last while honing her own craft. Susan O’Neill is a songwriter of hidden depths, a singer with a voice that is equal parts balm and blowtorch. She is audacity personified, a free spirit. A real performer. As of now Ireland’s best kept-secret. On the release of In the Game this however is all about to change.

In the Game is a themed collection of songs about a couple’s coming together and falling apart. “Susan and I settled on the idea that the two people would be in a relationship with each other, although they may not still be together,” explains Mick. “The songs touch on their associated issues, their ups and downs, beginnings and ends, and what’s happening in both of their lives aside from the relationship.”

“The concept is the dark and the light of the nature of relationships,” says Susan. “The joys of love, the depth of despair in love, the wild abandon of love, and then nostalgia for times past that they know they will never have again yet should be dearly cherished. For me, the album is that sinewave and shape of love.”

Mick and Susan initially met in 2018, when she was the support act at a few of Mick’s Irish shows. The first time they had a proper conversation, recalls Mick, was around the time of their first co-write in late 2019. “I had shown the song Baby Talk to Susan, but I had gotten quite close to finishing it, so I thought I’d do that on my own. I had the melody for it but then decided to write it as a duet. That’s a good tool to help you finish a song, as having two voices is a very specific structure. It’s like an enjoyable little crossword puzzle you have to figure out – they need to be saying something to each other, so there has to be some conflict in there.”

Baby Talk went on to win Best Original Song of The Year at the 2020 prestigious RTÉ Radio 1 Awards, racking up nearly 1 million streams to date, the pair’s live performances on both The Late Late Show and Other Voices ‘Courage’ series (to a near 10 million people) were heralded as highlight performances of 2020. This would be the start of the pair crafting this 13 song duet album.

The album was written and recorded over the summer of 2020 during lockdown between Cork, Ireland, and Los Angeles. Produced ‘virtually’ by LA based, Australian producer Tony Buchen (Courtney Barnett, Smashing Pumpkins, Tim Finn), and featuring musicians from both Ireland and America.

The songs on In the Game tell a sorry, salutary story: the likes of Are We Free? (‘Tell me when you’re ready to be never satisfied’), These Are the Days (‘It was better to learn a hard lesson and go, than to never try and never know’), Baby Talk (‘If real is in the feeling, baby, no one is a fake’), and the title track (‘Oh darling, what would have happened if only we’d had a good run’) offer up longing and redemption. The album as an entity seeps equal measures of seduction and sorrow, desire and despair, while the songs are delivered simplistically yet potently.

“If something should be said then it should be said simply and honestly,” says Susan. “Co-writing with Mick has helped me not to be afraid of owning the truth and honesty of what is being said. Songwriters can sometimes be too outwardly tough, so it’s good to expose vulnerabilities with one line or a few words.”

“I was surprised by how intuitive an experience it was,” says Mick of such an unbeatable collaborative work. “There was a lot of unspoken stuff going on. With Susan, every time she sings something, you can hear the consideration from her – she knows what sentiments need to be delivered and in what way.”

In the Game is a journey familiar to most. The highs and lows of the game of love, that raw space that the human condition can leave one most vulnerable. This record is as nostalgic as it is a fresh wound, it’s so familiar yet a stranger. 14 songs in a timeless capsule, the songs on ‘In the Game’ will resonate for a long time after.