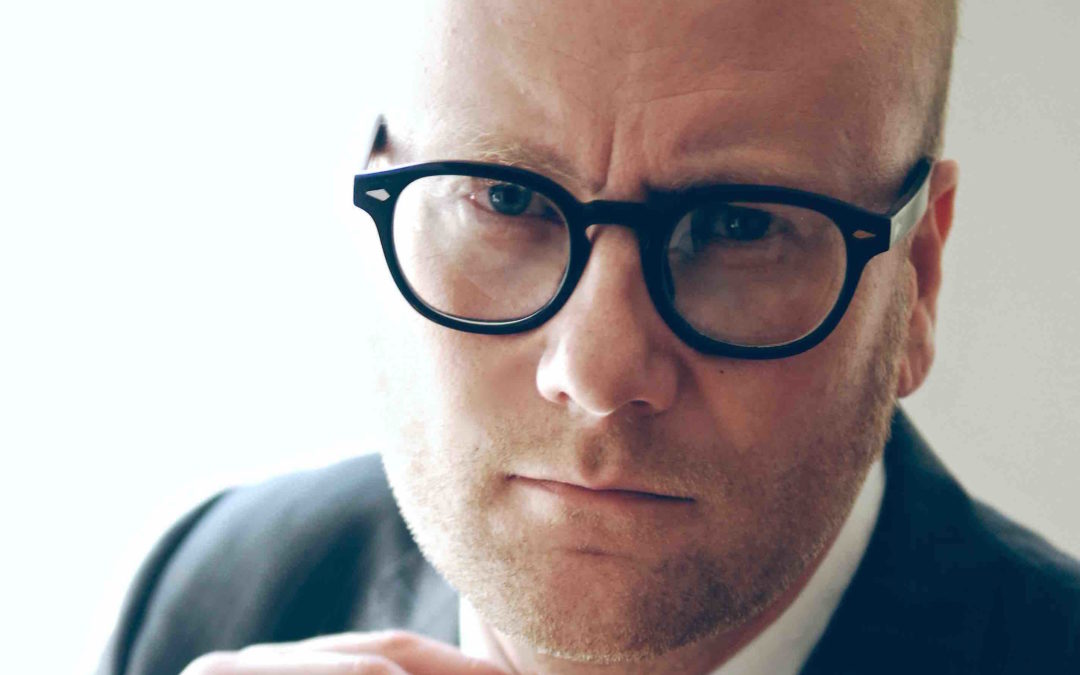 By his ninth solo album, The Heart Watches While the Brain Burns, you’d figure he would have slipped into a comfortable pattern, but Mike Doughty is not that kind of artist. The former frontman of Soul Coughing is obsessively, constantly driven to sound new. The elegant, charming album swerves between lonesome country influences and trap beats.

The title is pulled from a WTF! podcast, on which Doughty’s old buddy Marc Maron used the phrase, somehow, in reference to chewing nicotine gum, in his struggle to quit smoking. The two go back to the East Village comedy scene of the late ‘90s, so when Doughty asked Maron if he could use the line as an album title, the comic responded, “Use it and throw me a bone.” Doughty is driven to challenge himself. He set up a Patreon feed, as a way to self-impose a weekly deadline to write and record one new song a week. One of his most ambitious projects was composing 2015’s Revelation, a rock opera based on the Bible’s apocalyptic final book, and performing it on the New York NPR affiliate WNYC. Here’s an artist who’s not afraid to take risks.

The Heart Watches While the Brain Burns was recorded during a transitional phase in Doughty’s life, in which he left New York, his home base since the late ‘80s, for the “fascinating, mysterious town” of Memphis, Tennessee. The low cost of living has given Doughty freedom to make experimental music in bars around the city, while completing the album with his long-time collaborator Queens, NY hip-hop producer Good Goose over the Internet.

They began at Goose’s place in New York. “Our process was mostly like this: he’d ask me what kind of beat I wanted, and I’d sing one to him. Then I’d pick up the guitar and improvise parts. I’d go home while he stayed up till 5 am in his bedroom editing parts together,” said Doughty. “I’d come back in, and improvise vocal parts, na-na-la la style, just kind of bug out. He’d piece shards of that into something like a melody, which he’d text to me, and I’d write words to the melody. We built them out from there.”

Influences for the tracks vary wildly–and not just because Good Goose was, Doughty says, “going through this kind of unexpected heartland-rock phase.” The song “Brian” comes from a beat called the guaila that Doughty heard in a nightclub in East Africa.

“Sad Girl Walking in the Rain” was the result of a “Week of Six Sad Songs” songwriting challenge Doughty self-imposed while touring the U.K., writing and recording a daily song, most with “sad” in the title. The album’s single, “I Can’t Believe I Found You in That Town,” was inspired by a failed romantic connection in a grim city in the North of England. In a total of about 36 hours, Doughty became enchanted with a woman, came on too strong over Instagram, and then wrote a song about the botched encounter while stress-eating pastry in a pub, then racing back to his dressing room to work out the song on guitar. “Because I wrote it in my head, it has a kind of simple universal-folky chord progression,” Doughty explained, “which if I was writing it with an instrument in my hands, I would’ve second-guessed and made more complicated. Writing fast and putting it out on the same day eliminates a lot of over-thinking. I love that.” “I really love this record,” Doughty says, almost sheepishly, sounding like he’s surprised himself. Of course, he loves the record—he made it, after all. His taste is unimpeachable, as is his skill at fusing unlikely influences.

Perhaps, “Wow, ninth Doughty album, and it’s actually good!” is a peculiar compliment, but Doughty, who seems to welcome anyone who’s moved by the songs, whether they first heard him last week, or if they’ve been dedicated since 1994’s Ruby Vroom, lives to hear it. There’s a lot to love about The Heart Watches While the Brain Burns, and, even if they stumble into Doughty’s music, for the first time, next week, it’s clear he’ll be deeply gratified.