TRIP, The New Album From Guitar Legend Mike Stern To Be Released Sept 8 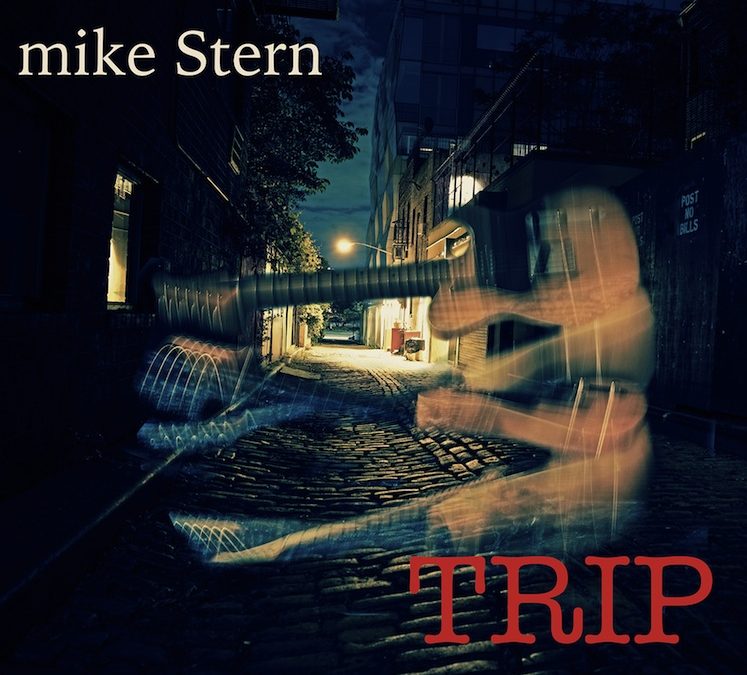 …Stern is back on top of his game. – PASTE

Though ’Trip’ stands on its own merits as a quality Stern recording… it represents an artist with an unwavering sense of purpose. **** ALL ABOUT JAZZ

Mike Stern, the Grammy-nominated guitarist and former member of Miles Davis’ band, Steps Ahead, Jaco Pastorius’ Word of Mouth, and The Brecker Brothers, will release Trip, his 17th album as bandleader on September 8, 2017.

The album is Stern’s first since a 2016 accident, in which he tripped over some hidden construction debris in the street, fracturing both arms and leaving him with nerve damage. Following two surgeries Stern devised a scheme where he glues his right-hand fingers to his guitar pick, allowing him to more fully realize his signature speed, precision and fluidity informed mainly by bebop and the blues.

Stern and his stellar crew of sidemen — many of whom go back with him to the ‘80s — went into Spin Studio in Long Island City between January and March of 2017 to record the album. The guitarist’s sly, self-deprecating sense of humor comes across in the title of the album, Trip, as well as on individual tracks like “Screws” (he initially had 11 screws put into his arm following his first surgery) and “Scotch Tape and Glue” (his current method for holding onto the pick).

A powerhouse outing, Trip features such longstanding colleagues as trumpeters Randy Brecker and Wallace Roney, saxophonists Bob Franceschini and Bill Evans, the latter a bandmate in Miles Davis’ ‘comeback band’ of 1981, bassists Victor Wooten and Tom Kennedy and drummers Dave Weckl, Dennis Chambers and Lenny White. Produced by pianist-keyboardist Jim Beard, Stern’s frequent producer going back to 1991’s Odds or Evens, Trip is a brilliant showcase of what the acclaimed guitarist does best — riffing on post-Miles funk-fusion (“Trip,” “Screws,” “Watchacallit”), urgent swingers (“Half Crazy,” “Scotch Tape and Glue,” “B Train”) and lyrical ballads (“Amelia,” “I Believe You”). His wife Leni Stern guests on two tracks, playing the n’goni (a three-stringed African instrument) on the buoyant “Amelia, which also features Gio Moratti on backup vocals, and the uplifting ballad “I Believe You.” Other performers on Trip include percussionists Arto Tuncboyaciyan and Elhadji Alioune Faye, Living Colour drummer Will Calhoun and bassists Teymur Phell and Edmond Gilmore, both of whom currently work with Stern on his regular Monday and Wednesday night residency at the 55 Bar in the heart of Greenwich Village.

Whether he’s throwing down some burning, high velocity lines on “Trip,” “Screws” or “Scotch Tape and Glue,” or conjuring up a more buoyant vibe, as on “Hope for That” or the uplifting “I Believe You,” Stern is definitely back on top of his game after months of struggle and uncertainty. And in typically humble fashion, he defers to his bandmates on this all-star session. “Everybody played their asses off on this record,” he says of Trip. “I was really happy with how it came out, because everybody just put so much love and energy into it. When I get to play with the caliber of musicians on this recording, I’m just glad to be part of the band.”

MIKE STERN ON THE WEB: