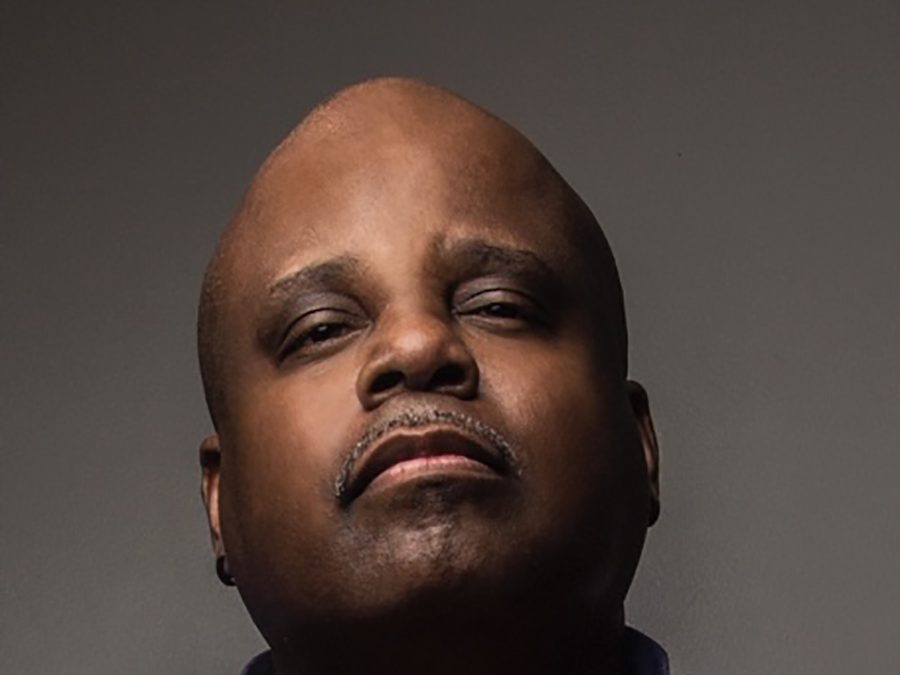 ‘Evolving’ is more than just the title of Roderick Harper’s exceptional new record; it’s his entire way of life.

“I’ve spent the last few years deep in a process of self-discovery and change,” says the versatile New Orleans vocalist. “I’ve been trying to understand myself, to peel off the cellophane and really get at what’s underneath. This album is the sound of me becoming the man I was always meant to be.”

Born in Washington, DC, Harper grew up singing from the time he could speak, and he followed his passion for music all the way to Southern University in Baton Rouge, where he studied under the tutelage of jazz titan Alvin Batiste. While still just a student, Harper began making regular trips into New Orleans, and it was there that he landed himself a life-changing guest spot with Ellis Marsalis. Impressed with the young vocalist’s performance, Marsalis invited Harper to return the following week, and soon after that, offered him a steady gig with the band.

“I couldn’t believe it,” says Harper. “I moved straight to New Orleans the minute I graduated, and I performed with Ellis for six or seven years after that.”

In New Orleans, Harper quickly made a name for himself as a solo artist, as well, playing gigs all over town and releasing his aptly titled debut, ‘Beautiful Beginnings,’ to rave reviews. As much as he loved the city, though, Harper had a restless spirit, and after several years in The Big Easy, he followed his muse to New York, where he landed a prized gig performing the works of Charles Mingus with Wynton Marsalis and the Lincoln Center Jazz Orchestra. In the years to come, Harper’s career would continue to blossom, and he’d find himself sharing stages with the likes of Max Roach, Dizzy Gillespie, Jon Hendricks, Shirley Horn, and Nicholas Payton, among others. After New York, Harper moved once more, this time to Chicago, where he enlisted Payton to produce his second album, ‘The Essence Of…,’ and continued to garner widespread critical acclaim. The Chicago Sun-Times called him “a smooth and serious singer,” while All Music praised him as a “refreshing jazz vocalist” who “enjoys doing the unexpected,” and All About Jazz highlighted the “bright future” that lay ahead of him.

“Somewhere in there, though, life happened,” says Harper. “I got married, I had children, and even though I managed to still keep gigging here and there, I spread myself too thin and lost my focus for a while.”

By the time his marriage came to an end, Harper had been in Chicago more than a decade. Determined to pick up the pieces and get back on track, he packed his bags and headed for the one place that had always felt like home: New Orleans.

“I realized that if I was going to become who I was meant to be, I’d have to do some serious soul searching,” he explains. “I had figure out who I was, what I wanted in life, and how I was going to go about getting it.”

Back in New Orleans, Harper released a third album, ‘Perfect Imperfections,’ and dove into ‘Evolving’ immediately afterwards, pledging to never let himself go as long between records as he had in Chicago. Working on a shoestring budget, he relied on faith to make the sessions happen, counting on his relentless positivity and dedication to open up doors and break down barriers wherever they appeared. Old friends turned up and offered to help, and as the project gained momentum, Harper found himself drawing more and more talent into his orbit.

“I didn’t know how I was going to pay for it when I started, but I just knew that I had to do it,” he says. “It was a true labor of love.”

That love is palpable on ‘Evolving,’ which opens with the intoxicating “Infinite Heart.” A collaboration between Harper (who wrote the lyrics) and saxophonist Donald Harrison (who wrote the music and lends a spectacular performance), the track sets the stage beautifully for an album that’s as surprising and spontaneous as it is warm and inviting, a collection that explores the rough edges of romance and regret with deep empathy and an unwavering belief in the resiliency of the human spirit.

“I wanted to make something that would bring people warmth and happiness,” says Harper. “I wanted the music to transport them someplace full of beauty and hope.”

“I truly do know what it means to miss New Orleans,” Harper says. “I recorded that song within months of returning to town, and even though there was so much uncertainty in my life, I just felt so happy and blessed to be back.”

These days, there’s plenty of uncertainty to go around, but no matter what the future holds, Roderick Harper knows where he’s meant to be. And, as ‘Evolving’ ably demonstrates, he knows who he’s meant to be, as well.