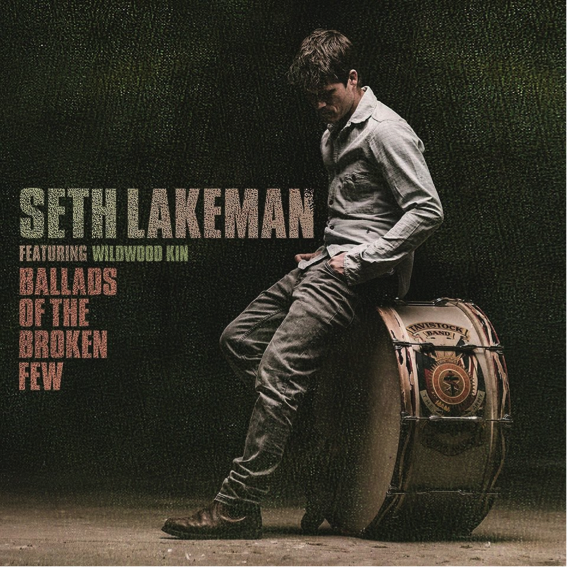 The multi-instrumentalist, prominently featured on Plant’s new album, will perform both as opener and as part of Plant’s backing band The Sensational Shape Shifters

The album expands the borderless approach taken on [Plant’s last effort] “Lullaby”…. There’s a key difference with the presence this time out of English fiddle and viola player Seth Lakeman, who lends a yearning, sometimes mournful character to the songs on which he’s featured. – The Los Angeles Times

Following the success of Seth Lakeman’s latest album Ballads of the Broken Few (Cooking Vinyl), the acclaimed multi-instrumentalist has been tapped by none other than Robert Plant to play on that legend’s latest release, Carry Fire. Playing an essential role in the recording, Lakeman’s trademark stomp, swooping singing and aching fiddle and viola will soon be heard as the opener, as well as a member of Plant’s backing band The Sensational Shape Shifters, on Plant’s 2018 U.S. tour.

Lakeman’s latest studio album, his eighth, is a stunning combination of dynamic songwriting and playing, the genius of legendary producer Ethan Johns and the sublime harmony vocals of emerging young female trio Wildwood Kin. See the video for album track “Meet Me In The Twilight”. It is an epic, soulful album of compelling songs that are stripped back to their very essence.

Since the Mercury Prize nominated album Kitty Jay (recorded in Lakeman’s kitchen for £300), the follow-up gold selling Freedom Fields and his highly acclaimed offering, Word of Mouth, Lakeman has relentlessly pushed his musical boundaries and those of folk and roots music. His innovative approach, groundbreaking albums and powerful live performances have put him at the forefront of the re-emergence of British folk and successfully steered it into the mainstream. With Ballads of the Broken Few Lakeman demonstrates yet again that, far from being complacent, he is constantly exploring new and bold musical paths.