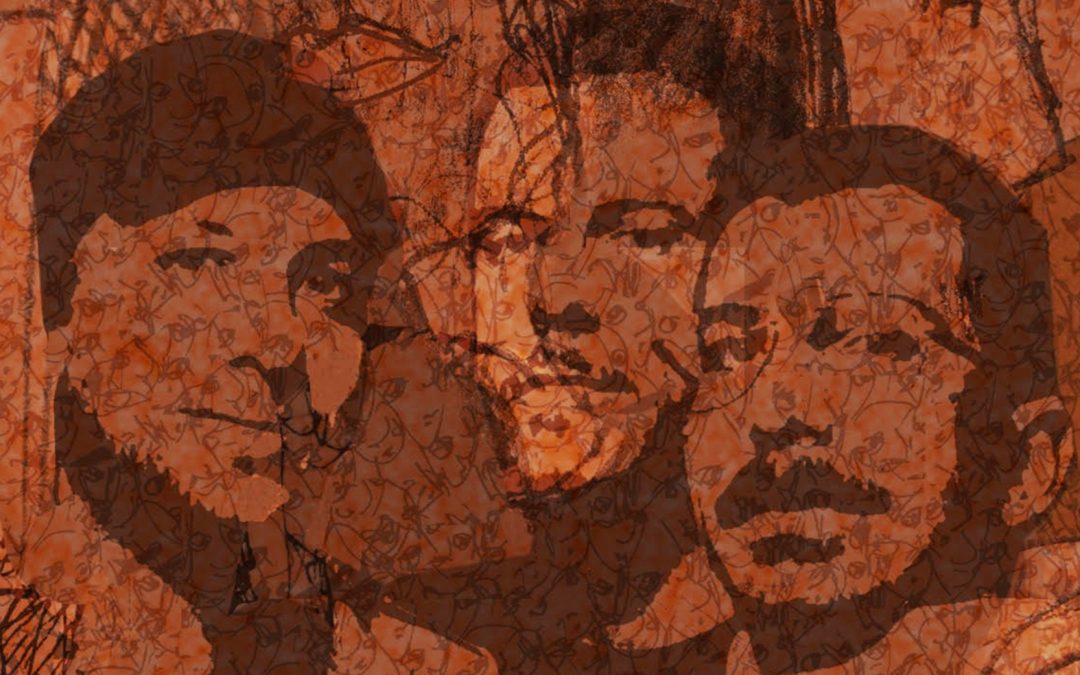 Highly anticipated, powerful second album Semitics –featuring guest rappers and musicians from across Europe and The Middle East – out August 21

Today electronic dance and hip hop collective 47SOUL announce the release of their new single Dabke System from their highly anticipated new album SEMITICS which will be released August 21 via Cooking Vinyl. There is no sitting still to Dabke System; it is a rousing spiritual dance track that will get you on your feet. The collective say it’s a dedication to those misplaced and Dabke dancers all over the world.

There is no other collective quite like 47SOUL. Their lyrics are bi-lingual and they uniquely pioneered a style that they call Shamstep, in which hip hop and electronica are fused with Middle Eastern-influenced melodies and styles, including shaabi, the pop music of the Levant and dabke traditional dance music. This new album is all that but musically and lyrically much more daring than anything before.

They have toured the world for the past two years building an impressive following, and with members Tareq, Ramzy Suleiman and Walaa Sbaitn now – due to COVID-19 – dispersed between Palestine, London and the USA, it is reminiscent of how they started when it wasn’t a virus that divided them but hard borders.

“SEMITICS was already about, and directed to, our worldwide family as a thank you for being the main part of our journey in the homeland and the diaspora. The songs were written on the road and the beats were designed for Dabke dancers to show their best globally… Now Covid-19 has made all the above mandatory!”

SEMITICS is unpredictable, brave and adventurous dance music; shifting between different textures, tunes, languages and vocals from each of the collective members. There is no doubt that 47SOUL will challenge the listener with their multi-layered lyrics. The album title ‘SEMITICS’ takes its roots from one of the most emotionally charged words in the English language, especially when preceded by the word ‘Anti.’ But the collective want to remind to us that despite the most common appearance of the word ‘semitic’ in almost daily public discourse, present day Semitic language doesn’t just mean Hebrew – but all Semitic languages – including Arabic too. This dance album is titled ‘SEMITICS’ because it has all those theological, historical and geographical themes running through it and, like previous albums, this too is positive-force dance music full of freedom, community and hope for everyone.

This theme is explored in the song Sam’s People, which includes fierce criticism of many Arab governments for failing to unite people, instead investing in dividing people to create and continue profit-driven conflict. Border Ctrl is fuelled with female power, shamstep and reggaeton makes a comparison of the walls built around Bethlehem and Ramallah with Trump’s plans for the Mexican border. Meanwhile Thobe (a reference to traditional Palestinian dress) is “a shout out to all women… a female empowerment song from an apologetic male position.”

Recorded in London, SEMITICS features an impressive collection of London-based special guests from around the world including: German-Chilean MC Fedzilla, British-Iraqi rapper Lowkey and British Palestinian rapper and singer Shadia Mansour. On top of that the album includes two of the best-known Palestinian rappers based in the Middle East; the Jordan-based The Synaptik and hip hop veteran Tamer Nafar, who was one of the founders of the massively-influential DAM over two decades ago. One real surprise is the celebrated multi-instrumentalist woodwind player Hasan Minawy who also features on the album.

47SOUL is an Electro Arabic Dabke (Shamstep) collective formed in Amman Jordan in 2013. The members are rooted in Bilad Al-Sham, spanning the divides from Amman to the Galilee to Ramallah and the rest of the Palestinian Diaspora. This unique sound of 47SOUL mixing hip-hop, electronica and Middle Eastern melodies and styles has rapidly amassed fans globally. Last year, the collective performed over 160 shows, breaking barriers internationally which included a set for NPR’s Tiny Desk, amassing over 100k views in the first week and gaining inclusion onto NPR’s 100 best songs of the year, just one of the many recognitions the last album received. Every show ends in relentless dance and trance from all audiences involved. Their lyrics, mixing Arabic and English, call to celebrate and advance the struggle for freedom and equality, inside Bilad Al Sham and throughout the world.

47SOUL are back with their second album SEMITICS (Aug 21st). They released a first taste of the album with “Hold Your Ground” (Oct 18th 2019) featuring British Iraqi rapper and activist Lowkey recorded at The Front Room studio (MoStack, Nines, Not3s) this energetic track fuses Arabic and English hip-hop producing the Shamstep sound the collective are renowned for.  Their second album Semitics will be announced with the track “Dabke System” (May 28th) reviving the core identity of the collective alongside it’s exotic animal official video, followed by the trap influenced “Run” (9th July) featuring The Synaptik & Tamer Nafar with a caricature animated video. The album focus track “Border Ctrl” featuring the Palestinian rapper and muse Shadia Mansour & Chillean rapper Fedzilla, fueled with female power, shamtep and reggeton highlighting the border control measures between Mexico and Palestine. This new album sees the collective exploring the Semantic culture through its community, friends and family with a sonically rich crossover between their Shamptep and Latin influences. Collaborations include Shadia Mansour, Tamer Nafar, The Synaptik, LowKey, Fedzilla and Hasan Minawy.